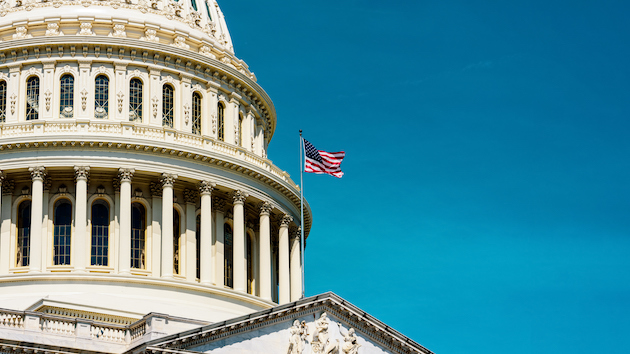 (WASHINGTON) — Attorney General Merrick Garland told lawmakers on Thursday that the Justice Department will follow “the facts and the law” if the House of Representatives votes to refer former President Donald Trump’s ally Steve Bannon for criminal prosecution for defying a congressional subpoena.

“I will say what a spokesperson for the U.S. Attorney’s Office in the District of Columbia said I think yesterday or a day before,” Garland said in response to a question on Congress’ potential contempt referral for Bannon. “If the House of Representatives votes for a referral of a contempt charge — then the Department of Justice will do what it always does in such circumstances, we will apply the facts and the law and make a decision consistent with the principles of prosecution.”

Garland’s first appearance in front of the House Judiciary Committee came on the same day that the House is set to vote on whether to hold Bannon, who formerly served as a White House advisor to Trump, in contempt of Congress.

Historically such prosecutions are rare and politically fraught — but Garland’s potential decision on the referral would have significant ramifications for the House committee investigating the Jan. 6 assault on the U.S. Capitol as it seeks to compel cooperation from individuals who allegedly had communications with Trump around that day.

The matter was further complicated over the weekend when President Joe Biden told reporters he hoped the department would move forward with prosecutions of those, like Bannon, who defy the select committee’s subpoenas. A DOJ spokesperson swiftly released a statement following Biden’s remarks restating the department’s independence, and White House press secretary Jen Psaki clarified afterward that the president was in no way giving direction to Garland on the issue.

“The Department of Justice will make its own independent decisions in all prosecutions based solely on the facts and the law. Period. Full stop,” spokesperson Anthony Coley said.

In the hearing, Garland also defended the Justice Department’s handling of its sprawling investigation into the Jan. 6 insurrection. He testified Thursday that more than 650 people across the country have been charged in the more than nine months since the attack.

“The violence we witnessed that day was an intolerable assault, not only on the Capitol and the brave law enforcement personnel who sought to protect it, but also on a fundamental element of our democracy: the peaceful transfer of power,” Garland said.

Republicans on the panel expressed concern about the treatment of some of the rioters being detained ahead of trial, after judges ruled they either presented a threat to the general public or a risk of flight and obstruction of justice.

Last week, a federal judge overseeing one case of a rioter being held in detention pending trial did make a referral to Garland to investigate whether jailed rioters are having their rights violated based on their status as Capitol riot defendants. Garland confirmed in Thursday’s hearing that the U.S. Marshals Service subsequently conducted an inspection of their conditions and the Civil Rights Division is reviewing the findings.