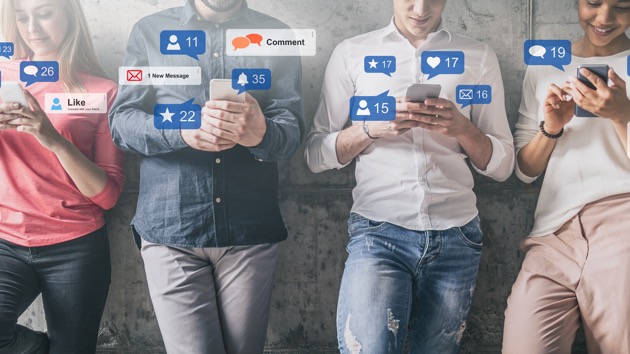 Trump Media and Technology Group and Digital World Acquisition Group, which is already listed on the Nasdaq, have entered into a merger to form a new company, chaired by the former president, according to a press release.

Trump says the group will form “a rival to the liberal media consortium.”

Its first step will be launching a new social media platform called TRUTH Social. A beta version will be available to invited guests in November, according to the release.

“We live in a world where the Taliban has a huge presence on Twitter, yet your favorite American President has been silenced,” Trump said in the statement.

According to the release, the company was formed using a special purpose acquisition company, or SPAC, which the Securities and Exchange Commission’s website says is a “popular vehicle for various transactions, including transitioning a company from a private company to a publicly traded company.” The SEC says these companies are often referred to as “blank check companies.”

Patrick F. Orlando, who according to the release is the chairman and CEO of the Digital World Acquisition Group that is merging with the former president’s new media company, is also CEO of Yunhong International, which itself is an international blank check company incorporated in the Cayman Islands with headquarters in Wuhan, China, according to Bloomberg.

It’s currently unclear who else is behind the SPAC that is launching Trump’s new platform.

The former president and his advisers have hinted since he left office that he was considering creating a rival platform to Facebook and Twitter, after the social media giants suspended his accounts following the Jan. 6 attack on the Capitol.

Trump, who throughout his presidency used Twitter to attack his enemies and often break his own news, has been emailing out statements almost has frequently as he previously tweeted.

Trump’s announcement comes only months after his longtime aide Jason Miller launched his own social media company called GETTR in July. The former president quickly pushed back on rumors that he would be joining Miller’s platform shortly after it launched, writing in a statement, “I am not on any social media platform in any way, shape, or form, including Parler, GETTR, Gab, etc. When I decide to choose a platform, or build or complete my own, it will be announced. Thank you!”