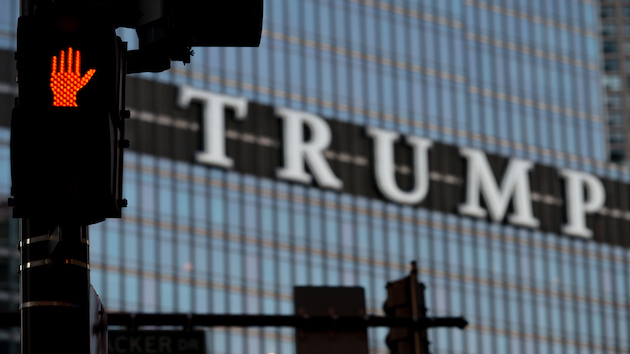 The probe, which is separate from a similar, and broader, investigation by the Manhattan district attorney’s office, has included records subpoenaed from Trump National Golf Club Westchester, as well as the town about 30 miles north of New York City where the course in located, sources said.

News of the Westchester DA’s probe was first reported by the New York Times.

A spokesperson for the Trump Organization said the probe was the continuation of a “witch hunt” against former President Donald Trump.

“The Club’s request for a review of its tax assessments was amicably resolved earlier this year and signed off by the Town Board, the Town Assessor, Special Counsel for the Town … the Briarcliff Manor School District, the Office of the Westchester County Attorney and the Westchester County Supreme Court judge presiding over the matter,” the spokesperson said. “Accordingly, the suggestion that anything was inappropriate is completely false and incredibly irresponsible. The witch hunt continues.”

The investigation marks the third probe by a prosecutorial office in Trump’s home state of New York looking into the former president’s business dealings.

In July, following a nearly two-year investigation, Manhattan DA Cyrus Vance charged the Trump Organization and its longtime CFO, Allen Weisselberg, with tax fraud. Weisselberg and the company have pleaded not guilty to all charges.

Among the issues being probed by investigators is how the Trump Organization has valued its holdings for tax purposes.

The Trump Organization owns or operates more than a dozen golf course worldwide. Earlier this year, following the Jan. 6 attack on the U.S, Capitol, the PGA of America, the proprietors of one of golf’s four major championship tournaments, announced it would move its 2022 PGA Championship away from Trump National Golf Club in Bedminster, N.J.