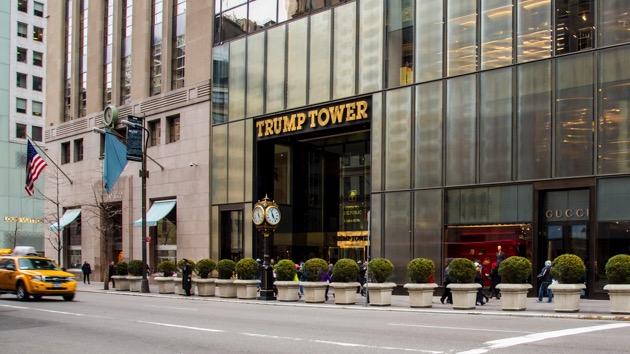 (NEW YORK) — Former President Donald Trump sat for a deposition Monday at Trump Tower in New York City that lasted “several hours,” said an attorney for the plaintiffs suing him over an alleged assault.

“The deposition of Donald John Trump went not unlike any other deposition, any other employer that I’ve examined under oath,” the attorney, Benjamin Dictor, said.

The lawsuit stems from a 2015 protest outside Trump Tower that followed then-candidate Trump’s comments that Mexican immigrants were criminals and rapists.

A demonstrator, Efrain Galicia, was “violently attacked” by Trump’s security personnel as he attempted to retrieve a sign that security had confiscated, the attorney said.

“Mr. Trump is responsible for those actions,” Dictor said Monday after the deposition. “The public sidewalks are sacred.”

“Rather than protest peacefully, the plaintiffs intentionally sought to rile up a crowd by blocking the entrance to Trump Tower on 5th Avenue, in the middle of the day, wearing Ku Klux Klan robes and hoods,” Trump said in a statement released following the deposition. “When security tried to deescalate the situation, they were unfortunately met with taunts and violence from the plaintiffs themselves. Seeing this for what it is, prior to my deposition today, the Court dismissed almost all of the plaintiffs’ claims — except for a baseless claim for injuries they never suffered, and the temporary loss of a worthless cardboard sign which was soon thereafter returned to them.”

“After years of litigation, I was pleased to have had the opportunity to tell my side of this ridiculous story,” Trump said in his statement.

Dictor said he looked forward to presenting Trump’s sworn testimony to a jury as soon as possible.

Dictor declined to describe specific answers the former president gave to specific questions. However when asked to describe the deposition, Dictor said, “You all have seen the president for many years on the news, almost every night for five or six years now. The president was exactly as you would expect him to be.”