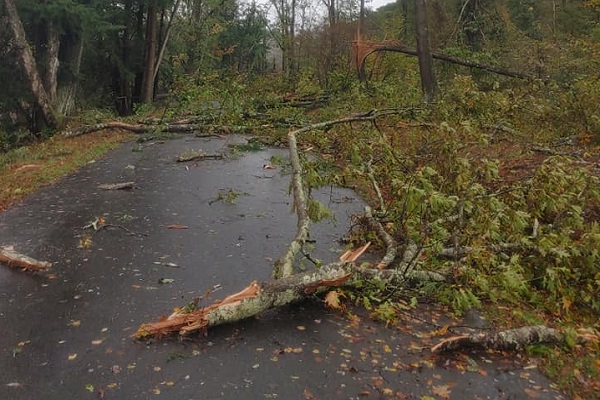 Jefferson County, PA – Strong winds caused damage throughout much of our area over the weekend.

Damage was especially heavy in parts of Jefferson County on Saturday. Crews were also called out to an area near Belltown in Elk County for reports of a tornado touching down.

The National Weather Service is still determining if a tornado actually touched the area.

Thanks to all of our first responders and utility workers for helping with the damage from the wind!

Station 19 Got its first emergency call today at 08:06am for wires arcing. 8 members initially responded, and we covered almost our entire jurisdiction area. We were assisted by Jefferson County Penndot, Jefferson County EMA and all utility companies.
The National weather service was contacted to view an area near Belltown Elk County to see if a tornado touched down as damage was significant in that area. 2 structures and 2 vehicles sustained heavy damage. Thank you to all those who helped today. We finally returned to our station at about 18:00pm.