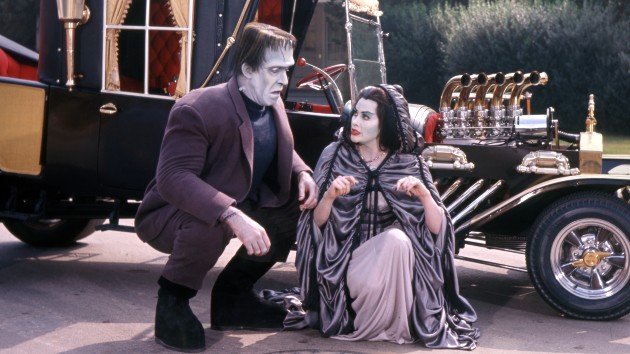 Musician and director Rob Zombie has revealed the first cast members of his upcoming The Munsters film.

Sherri Moon Zombie and Jeff Daniel Phillips will be playing Lily and Herman Munster, respectively. Moon, who is Zombie’s wife, has starred in several of the “Dragula” rocker’s films, including the Firefly trilogy, 31 and his Halloween films. Phillips, meanwhile, is also a Zombie regular, but you may know him best as one of the cavemen in those old GEICO commercials.

Additionally, Zombie has announced that Matlock and Lost alum Daniel Roebuck will play Grandpa Munster, aka The Count.

The Munsters, of course, was originally a 1960s TV comedy show depicting a family of lovable monsters. It was briefly rebooted for the 2012 NBC special Mockingbird Lane, but was never picked up for a full series.

Rep. Lauren Boebert issues apology for anti-Muslim remarks about Rep. Ilhan Omar
How an NBA player’s genetic heart disease led to advocacy for hypertrophic cardiomyopathy
Mom fatally shot at memorial for son killed days earlier in Chicago
Prosecutors in Ahmaud Arbery trial say cellphone video was key for verdicts
Why are coronavirus cases and hospitalizations on the rise in the US?
‘Guilty’: Jury finds all 3 men guilty of murder in the killing of Ahmaud Arbery