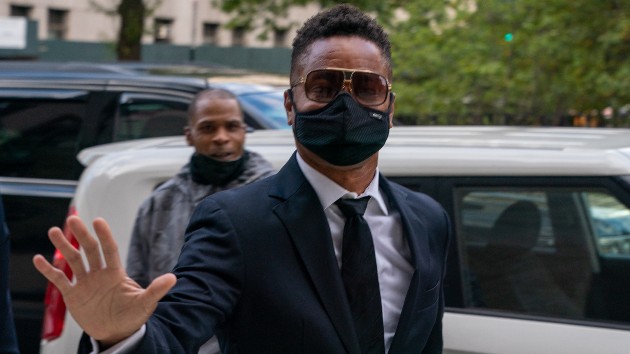 A judge set Gooding’s trial date Monday in connection with charges that the actor groped women in Manhattan bars or nightclubs in 2018 and 2019,

In October 2018, Gooding allegedly pinched the buttocks of a woman in the TAO downtown nightclub on 9th Avenue. When confronted, he claimed he had only touched her back.

In June 2019, Gooding allegedly made a sexually suggestive remark to a woman at the Magic Hour Rooftop Bar inside the Moxy Hotel on 7th Avenue. He then put his hand on the woman’s left breast and squeezed it without her consent, court records show. The alleged victim had sat down at the bar where Gooding was with Claudine De Niro, Robert De Niro‘s ex-daughter-in-law. Prosecutors said the encounter was caught on video.

Attorneys for the Jerry Maguire star had unsuccessfully sought to dismiss the case.