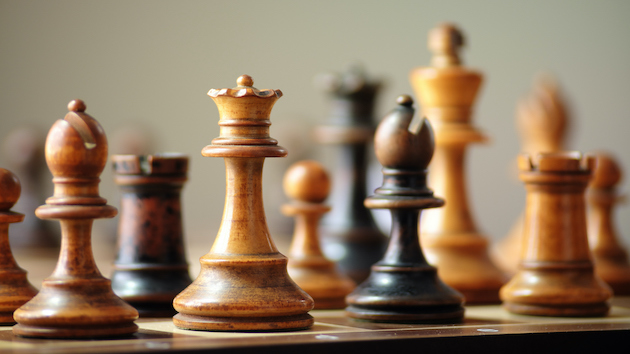 (NEW YORK) —  The 2021 U.S. Chess Championships are underway and Irina Krush is back to defend her title.

Krush is an eight-time U.S. women’s champion and the only female American grandmaster. She told ABC Audio’s Perspective podcast that becoming a grandmaster is not easy.

Krush said she knew from an early age that she was better than most girls and boys in her age group.

“I became a master at age 12, and I won the U.S. Women’s Championship for the first time when I was 14,” Krush said. “I was very serious about chess from a young age. I spent my weekends playing chess and sometimes my weekends and my weekdays representing the U.S. in world youth competitions around the world since the age of seven.”

Since then, Krush has been in training.

“In my eyes, chess is definitely a sport,” Krush said. “It really does require a decent level of physical fitness because it is not as easy as it looks to concentrate at your full capacity [for] four or five or sometimes six hours.”

According to Krush, becoming a grandmaster requires mastering perfecting all parts of the game, from the opening moves to the middle tactics and the strategy at the end of the game.

“It requires being exposed to better and better competition, so playing people that are better than you,” Krush said. “From the time I was a young girl, I was playing adults, and that certainly helped me improve. Going to tournaments, traveling domestically [then] later on internationally. And you know, when you make that your life, you will see results.”

And playing chess isn’t the only part of her training. Krush said it also requires a physical commitment, too.

“Certainly, from the time I was an adolescent, I started training physically, jogging regularly, playing table tennis, swimming,” Krush said. “You’re not a basketball player or a tennis player, but you have to be in good physical condition.”