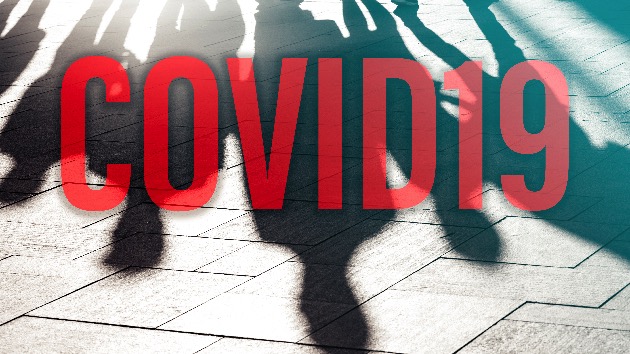 More than 676,000 Americans have died from COVID-19 while over 4.7 million people have died from the disease worldwide, according to real-time data compiled by the Center for Systems Science and Engineering at Johns Hopkins University. The average number of daily deaths in the U.S. has risen about 20% in the last week, according to data from the CDC and the U.S. Department of Health and Human Services.

The U.S. is continuing to sink on the list of global vaccination rates, currently ranking No. 45, according to data compiled by the Financial Times. Just 64% of Americans ages 12 and up are fully vaccinated against COVID-19, according to data from the U.S. Centers for Disease Control and Prevention.

“Once the Delta variant hit Washington state, COVID-19 hospitalizations skyrocketed. From mid-July to late August, we saw hospitalizations double about every two weeks,” Inslee wrote. “The hospitals have surged to increase staffed beds and stretch staff and have canceled most non-urgent procedures, but are still over capacity across the state.”

“While there are hopeful signs that the current wave of infection is peaking, and some states are beginning to see declines, we have not yet seen that effect here,” the governor said.

Washington state had already asked for 1,200 federal government staffers and is now “requesting the deployment of Department of Defense medical personnel to assist with the current hospital crisis,” Inslee said.

A second dose of Johnson & Johnson’s COVID-19 vaccine given two months after the first leads to stronger protection, the company said Tuesday.

Compared to the Pfizer and Moderna vaccines, Johnson & Johnson’s single-shot vaccine always had slightly lower efficacy. Peak efficacy from the two-shot Pfizer and Moderna vaccines was 95% and 94%, respectively, against symptomatic illness. But two Johnson & Johnson shots, given two months apart, resulted in a similarly high effectiveness level: 94% protection against any symptomatic infection in the U.S. and 100% against severe disease.

“At the same time,” Stoffels said, “we now have generated evidence that a booster shot further increases protection against COVID-19 and is expected to extend the duration of protection significantly.”

The U.S. reported more than 225,000 child COVID-19 cases, marking the fourth consecutive week with over 200,000 new pediatric cases reported, according to a newly released weekly report from the American Academy of Pediatrics and the Children’s Hospital Association.

In the last five weeks alone, the country has reported more than 1.1 million pediatric cases, according to the organizations.

“The weekly figure is now about 26 times higher than it was in June, when just 8,400 pediatric cases were reported over the span of a week,” the organizations wrote in their report.

The South accounted for about half –110,000– of last week’s pediatric cases, according to the report.

The organizations added that more than 2,200 children are hospitalized with a confirmed or suspected COVID-19 infection.