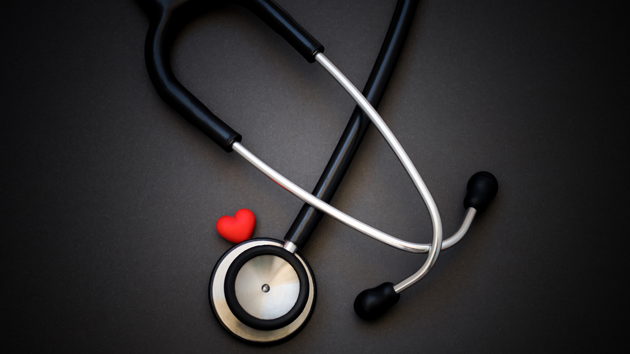 (NEW YORK) — After Jacqui Webb was injured in the Boston Marathon bombing in 2013, she spent three weeks being treated for her injuries at Tufts Medical Center in Boston.

One of the nurses who treated Webb there was Nichole Casper, a registered nurse who at the time was working in the hospital’s trauma unit.

“It was a very anxiety-inducing situation, obviously,” Casper told “Good Morning America” of the days and weeks following the bombing near the finish line of the Boston Marathon, which killed three people and injured more than 200. “Then you meet all these people [being treated at the hospital], and even though they were so traumatized, they were so amazing.”

“Jacqui was always very gracious and very appreciative of all the care,” Casper said of Webb, with whom she lost touch once Webb was discharged from Tufts.

Both Webb, now 33, and her fiance, Paul Norden, were injured near the finish line of the marathon, which they’d attended as spectators to cheer on a friend running the race.

Norden lost his right leg in the bombing and, like Webb, suffered second- and third-degree burns and shrapnel injuries.

The couple, of Stoneham, Massachusetts, had long-term plans to have children together, but put those dreams on hold after the bombing, according to Webb.

“For the first year, pretty much all we did was recover,” she said. “And over the years we’ve both had additional surgeries for different marathon-related injuries, so that delayed it more.”

But earlier this year, eight years after the bombing, Webb became pregnant with their first child.

“Because of my injuries from the bombing, both physically and emotionally, I was very nervous to deliver naturally,” Webb said. “I was anxious about everything from getting rushed to the hospital and having it bring back negative memories and post-traumatic stress to physically if my leg would be able to hold up during labor.”

“But when I left [Tufts Medical Center] in 2013, I said if I had a child, I would go back to Tufts, and that held true eight years later,” she said.

Webb scheduled her C-section for late August, 39 weeks into her pregnancy, but went into labor naturally before the delivery date.

“It gives you a new purpose in life,” Webb said of becoming a parent. “Now all we can think about is her and not ourselves or our injuries.”

Webb described giving birth to her daughter at Tufts Medical Center as a “full-circle” moment that marked how far she has come in her recovery.

She had another full-circle moment when she got to her room after giving birth and saw Casper, who now works in the hospital’s mother/infant unit.

“There was such a sigh of relief,” Webb said of seeing Casper after eight years. “Having Nichole again and having her understand my past, it was extremely comforting, because that was a really traumatic time [post-bombing].”

“It was also really exciting for me to be able to share a better moment with her,” she said.

Casper said she did not know until she got to work that evening that Webb would be her patient once again.

She ended up caring for Webb throughout her stay post-delivery, even taking on an extra shift so she could be there when Webb was discharged.

“It was definitely good to see her in a positive light this time around,” Casper said. “You don’t get to usually see your patients in a better situation, so this was definitely an amazing experience. I got to see her now completely enjoying her life.”

Webb said she was not only grateful to have Casper’s care again, but also to be able to thank her for the care she provided eight years ago.

“You want to express your gratitude to [the doctors and nurses], but you don’t often get to see them,” said Webb. “To be able to see her again and then also be able to welcome this new bundle of joy with her by my side, it was a really neat moment.”

David Chang explores the future of lab grown protein in ‘The Next Thing You Eat’
Parents of 6-year-old girl who died on amusement park ride file wrongful death lawsuit
Recommendations to improve 911 call center made as part of settlement in teen’s car death
Relief, eager anticipation for many Americans ahead of FDA decision on booster shots
Gwyneth Paltrow reveals how she talks safe sex and healthy relationships with her teenagers
‘The ﻿Wendy Williams Show’ ﻿to continue with guest hosts into November