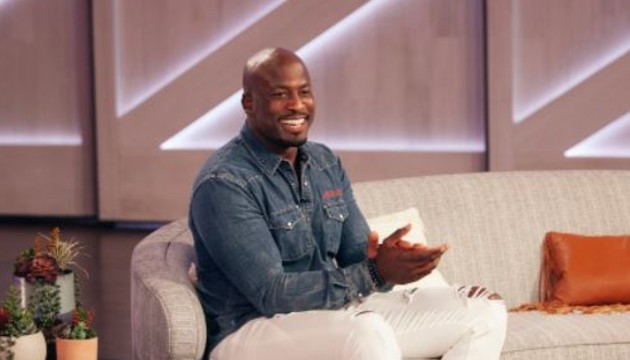 CBS has found their fourth co-host to lead their Emmy-winning daytime talk show, The Talk.

The network shared on Thursday that former NFL player and current American Ninja Warrior host Akbar Gbajabiamila (BAH-juh-bee-uh-MILL-uh) will serve as a permanent fill-in on season 12 of the series, which premieres Monday, September 13. He joins Sheryl Underwood, Amanda Kloots and recently announced co-host Jerry O’Connell. As you may recall, Gbajabiamila appeared as a guest co-host on multiple episodes of The Talk during the summer. His addition comes less than a month after Carrie Ann Inaba and Elaine Welteroth both exited the show.

“It is an absolute honor to be joining The Talk as a host! I am so excited for this new generation of such a long-standing establishment,” Gbajabiamila said in a statement. “To be a part of this diverse group, is truly a dream and a new statement for The Talk. In a world as divided as ours, I look forward to showing up as my fun and authentic self every day and advocating for conversation over confrontation.”

“We are thrilled to welcome Akbar to the family,” she said. “His engaging personality, openness and quick wit really impressed us when he appeared as a guest co-host last season.”