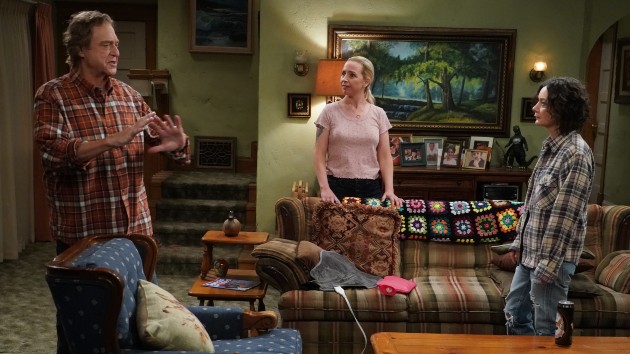 The network announced during its Television Critics Association confab on Thursday that John Goodman, Sara Gilbert and the rest of the cast will perform the show twice, once for each coast, as they did on the night of the New Hampshire primary in February 2020.

This time, the show will be even more be of a high-wire act: As part of a “You Can Be a Conner” sweepstakes, fans will be given a chance to be a part of a show, when a cast member, in character, will call them live during the broadcast.

The idea is to get viewers to share how they navigate their lives as the blue-collar Conners do. “It’s never been done before and it’s going to be something pretty special,” teased series executive producer and showrunner Bruce Helford during the presentation.

Senate Republicans once again block voting rights reform bill
‘Tough As Nails’ host Phil Keoghan looking to past contestants to keep things fresh on season 3
Ken Jeong loves being “so bad” at ‘The Masked Singer’
Relief, eager anticipation for many Americans ahead of FDA decision on booster shots
Mila Kunis shares the “parenting fail” her husband Ashton Kutcher called her out over
As White House announces vaccine plan for kids 5-11, states prepare for complex rollout