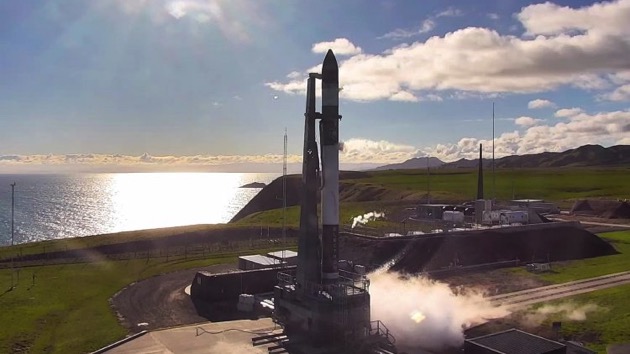 The California-based aerospace company returned its Electron rocket to flight from its space launch facility on New Zealand’s Mahia peninsula.

About an hour after a successful liftoff at 2 a.m. ET, the rocket deployed a small research and development satellite, called Monolith, into a 600-kilometer low-Earth orbit.

Monolith, sponsored by the U.S. Air Force Research Laboratory, will “explore and demonstrate the use of a deployable sensor, where the sensor’s mass is a substantial fraction of the total mass of the spacecraft, changing the spacecraft’s dynamic properties and testing ability to maintain spacecraft attitude control,” according to Rocket Lab.

“Analysis from the use of a deployable sensor aims to enable the use of smaller satellite buses when building future deployable sensors such as weather satellites, thereby reducing the cost, complexity, and development timelines,” the company said in a statement. “The satellite will also provide a platform to test future space protection capabilities.”

The launch was procured by the U.S. Department of Defense’s Space Test Program and the U.S. Space Force’s Rocket Systems Launch Program, both located at Kirtland Air Force Base in Albuquerque. The mission was named “It’s a Little Chile Up Here” in a nod to New Mexico’s beloved green chile, according to Rocket Lab.

The U.S. Space Force is the newest and smallest branch of the American military, set up in 2019 under former President Donald Trump.

Thursday’s launch was the fourth of the year for Rocket Lab and the 21st involving Electron. It was also the first Electron launch since a failed mission on May 15, in which the rocket was supposed to deploy two Earth-observation satellites for global monitoring firm BlackSky but “experienced an anomaly shortly before stage two ignition,” Rocket Lab later said in a statement.

COVID-19 live updates: More than 10,000 new deaths reported in US in one week
These vaccine mandates are already in place to attend school in the US
COVID-19 live updates: US reports highest daily death toll in nearly 7 months
Derek Chauvin pleads not guilty in 2017 excessive force case involving 14-year-old Black boy
After testifying on sexual abuse, Aly Raisman says she hopes ‘somebody listens to us’
SpaceX successfully launches first all-civilian flight into Earth’s orbit