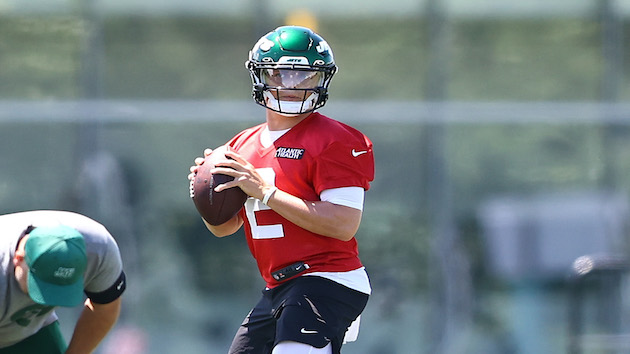 According to ESPN, Wilson signed a four-year, $35.15 million contract that is fully quaranteed. The contract includes a fifth-year team option.

Wilson has missed the first two days of the Jets training camp.

“Every rep is important, so my concern is that it’s two days too many for him,” head coach Saleh told reporters before the news of the contract. “As far as the installs go and the way we’re preparing the rest of the team, that doesn’t concern me. But this young man has a chance to do something special around here that hasn’t been done in a while and every rep matters for him.”

The Jets have only two other quarterbacks the roster with Mike White and James Morgan. Neither players have appeared in a regular season game.