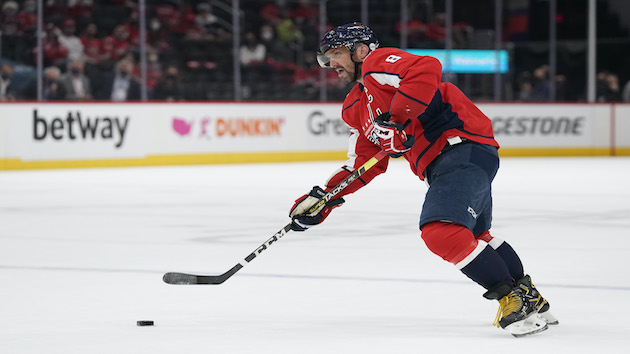 “Alex is the face of our franchise and is committed to this organization and this city,” said general manager Brian MacLellan in a statement. “Alex embodies what our franchise is all about, and we’re thrilled that he will continue his career in the Caps uniform for the next five years.”

Ovechkin sits in sixth place on the NHL’s all-time goal-scoring list with 730, 165 shy of Wayne Gretzky’s record of 894. Ovechkin would need to average 33 goals a season to pass Gretzky by the end of this contract.

“Alex is a world-class athlete who will forever be regarded not only for leading the team to achieve our ultimate goal of winning the Stanley Cup but also for inspiring the next generation of fans and youth players,” said Monumental Sports & Entertainment Founder and CEO Ted Leonsis in a statement.

Last season, Ovechkin scored 24 goals in 45 games and became the first player in NHL history to score at least 20 goals in each of his first 16 seasons in the league. His 30 goal streak to start a career ended last year. He is tied with Jaromir Jagr and Mike Gartner for the most all-time.