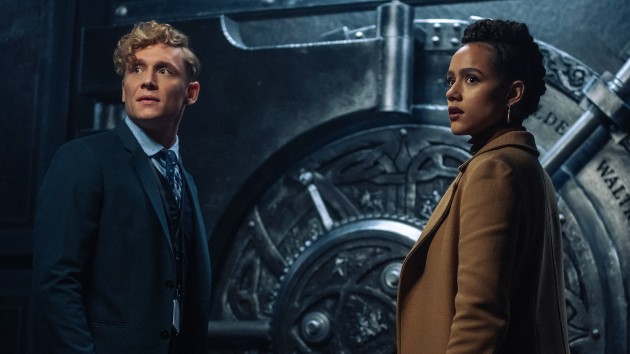 Less than three months after his Army of the Dead had a hit debut on Netflix, director Zack Snyder has dropped a teaser for a prequel to the action film, called Army of Thieves.

The film centers on the pre-zombie fighting days of Matthias Schweighöfer‘s safe cracker and scene-stealer Ludwig Dieter, who in this adventure is recruited by Fast & Furious veteran Nathalie Emmanuel for an epic heist.

Teased with pulling off a big job in Europe while world is distracted by the nascent undead outbreak, Emmanuel’s Gwendoline tempts Dieter with “one last chance to be a legend.”

Schweighöfer himself is in the director’s chair this time, with Snyder producing. The snippet certainly feels like its own stand-alone adventure: set to Wagner’s “Ride of the Valkyries,” the clip that debuted as part of this past weekend’s [email protected] features gunplay, car stunts and, of course, the sight of massive money vaults clicking open.

Army of Thieves debuts on Netflix later this year, but Snyder also has both a sequel to Army of the Dead and an animated spin-off called Army of the Dead: Lost Vegas also coming to the streaming giant.