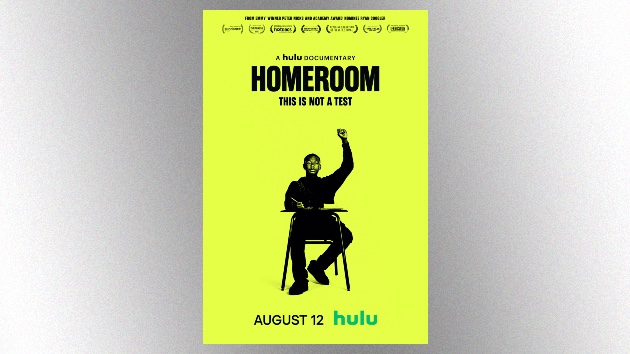 Directed by Peter Nicks and executive produced by Coogler, the Hulu Original doc will premiere on both Hulu and in select theaters on Thursday, August 12. The film follows an Oakland High School’s class of 2020 as they confront an “unprecedented year” due to anxiety over test scores, college applications, the pandemic, and their attempt to defund the school district’s police force. Homeroom is billed as Nicks’ final chapter in a trilogy of films which include 2012’s The Waiting Room and 2017’s The Force. The three docs examine the relationship between health care, criminal justice, and education in Oakland, CA over the past decade. All three films will be available to stream on Hulu on August 12.

In other news, the Kerry Washington and Larry Wilmore-produced legal drama Reasonable Doubt has been scooped up by Hulu’s Onyx Collection, Variety has learned. The series, which was initially set up to be developed at ABC in 2019, follows Jax Stewart, a brilliant and fearless Los Angeles defense attorney, who has “questionable ethics and wild interpretations of the law.”  According to Variety, the show has opened a writers room with an all-Black staff.

Finally, ViacomCBS has renewed their critically acclaimed original series, The Good Fight, for a sixth season on Paramount+. The first four episodes of the 10-episode Season 5 are currently available to stream, with new installments dropping every Thursday. The series, starring Christine Baranski and Audra McDonald, follows the lives and cases of a Black law firm in Chicago.