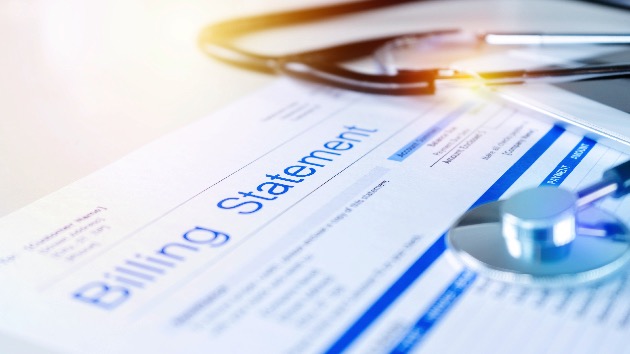 (WASHINGTON) — The government took the first steps to end surprise medical billing on Thursday, getting the ball rolling on a law that was passed under former President Donald Trump’s administration and takes effect this January.

The law bans health care providers from issuing surprising bills that are shockingly high because patients unknowingly got out-of-network procedures even though they were at doctors’ offices or hospitals that take their insurance. One example of the practice is a patient getting surgery at a hospital that’s in-network but then being billed thousands of dollars because the anesthesiologist who put them under was out-of-network.

Starting in January, instead of being charged a high out-of-network rate without advanced notice, the new rule issued by the Department of Health and Human Services on Thursday mandates that hospitals and doctors’ offices notify patients when they’re receiving out-of-network care and charge people an in-network price for it. It also creates a complaint system to report surprise billing.

The enactment of this law is a big deal on both sides of the aisle. Becerra called it bipartisan hallmark legislation “only second to the Affordable Care Act” in the “major difference” it will make in Americans’ lives and healthcare. The bill, pushed by the Trump administration and written with Republican and Democrat input in Congress, was signed last year.

About one of every five trips to the emergency room and one of every six inpatient hospital stays result in care from an out-of-network provider and subsequent surprise medical bills, according to one 2020 study.

Thursday’s rule is the first of major regulatory interpretation of the new law and, along with future rules to come, will set the guidelines for how to eliminate surprise medical billing, both for patients and for health care providers.

“We’re striving to make everything as simple, straightforward and clear as we can so that everyone can assert their rights and know what they should and shouldn’t do,” Becerra said.

“But it’s all critical because it prevents people from being blindsided with some of these charges.”

Here’s what the first rule does:

The rule also doesn’t address ambulance rides, which experts say remains a hole in surprise medical billing. Over half of all emergency ambulance rides were charged out-of-network rates in 2018, according to a Kaiser Family Foundation analysis of the data. Cynthia Cox, vice president of KFF, also pointed out on Thursday that patients might unknowingly give “consent” to hospitals for out-of-network charges by signing forms that are put in front of them.

“Still making my way through the rule, but there is some good and bad news for patients in here,” Cox tweeted. “The good includes that emergencies are defined broadly & retroactive ER coverage denial is no longer allowed. The bad is that some patients might inadvertently sign away their rights.”

Senior HHS officials described it as primarily focused on patients and their financial liabilities after surprise medical billing, acknowledging that many questions still need to be answered on how it will work for insurance companies and doctors offices or hospitals — clarity that is expected in future rules.

“We want to make sure that we put enough meat on this bone so that no one is surprised about how it needs to be implemented, not just the patients but also the providers and insurers. And so we certainly have to work on this whole issue of arbitration, and the cost, there will be a need to make further clarifications on definitions,” Becerra said.