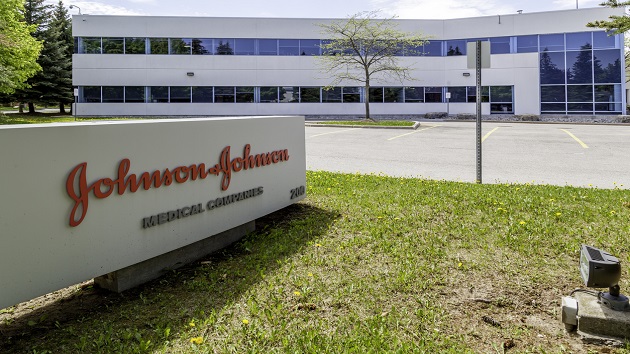 (NEW YORK) — Johnson & Johnson will pay $230 million to resolve an opioids lawsuit, days before the company was slated to go to trial, in a settlement reached with New York Attorney General Letitia James.

In the agreement, the company will end the sale of all opioid products nationwide, James’ office announced Saturday.

The $230 million sum will be paid out under an accelerated payment schedule to fund treatment and abatement of opioids in New York communities and payments will be allocated over nine years.

The settlement comes just days before the company was slated to go to trial in Suffolk County. While the agreement removes Johnson & Johnson from the trial, the case will continue against other pharmaceutical giants sued in the lawsuit.

The settlement would also resolve lawsuits against Johnson & Johnson by Nassau and Suffolk counties if the county legislatures approve it next month, according to a press release from the Attorney General’s office.

“The opioid epidemic has wreaked havoc on countless communities across New York state and the rest of the nation, leaving millions still addicted to dangerous and deadly opioids,” James said in a Saturday news release.

“Johnson & Johnson helped fuel this fire, but today they’re committing to leaving the opioid business — not only in New York, but across the entire country. Opioids will no longer be manufactured or sold in the United States by J&J,” she added.

The trial, set to be the biggest opioids trial to date, will begin Monday and will see a slew of pharmaceutical manufacturers, pharmacies and other businesses involved in opioid distribution face off against New York State, Suffolk and Nassau counties.

James filed the nation’s most extensive lawsuit against manufacturers and distributors involved in the opioid epidemic in March 2019.

The Suffolk County trial will be decided by jurors, unlike past opioid cases. It represents the first test of the assertion that both marketing and distribution of painkillers fueled widespread addiction, abuse and death.

“Our trial against the remaining defendants will commence this coming week, where we will lay bare the callous and deadly pattern of misconduct these companies perpetrated as they dealt dangerous and addictive opioids across our state,” James said.

Johnson & Johnson said in announcing the settlement that the sum “is not an admission of liability or wrongdoing by the Company.”

“The Company’s actions relating to the marketing and promotion of important prescription pain medications were appropriate and responsible,” Johnson & Johnson said in a statement.