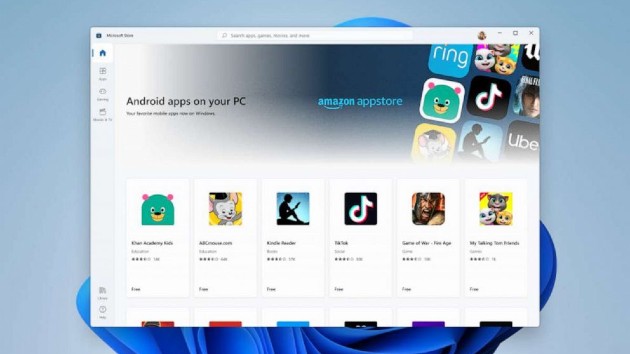 The latest operating system comes more than five years after Windows 10 was released, which was long-rumored to be the final version of Windows. The upgrade is slated to be available beginning this holiday season.

“The web was born and grew up on Windows,” Panos Panay, the chief product officer of Windows and Devices at Microsoft, said in a company blog post. “It’s the place where many of us wrote our first email, played our first PC game and wrote our first line of code.”

As a platform that over a billion people rely on, Panay said: “The responsibility of designing for that many people is one we don’t take lightly.”

Panay also reflected on how the pandemic has changed many people’s relationship with computers, something that loomed large over the design process.

“The past 18 months brought an incredible shift in how we used our PCs; we went from fitting the PC into our lives to trying to fit our whole lives into the PC,” Panay said. “Our devices weren’t just where we went for meetings, classes and to get things done, but where we came to play games with friends, binge watch our favorite shows and, perhaps most meaningfully, connect with one another.”

The latest version of Windows looks quite different than versions of the past, and appears influenced by the minimalist aesthetics of Mac operating systems, some industry analysts have said.

A central “Start” button and taskbar greets users with all of their recent files no matter which platform or device they were previously opened on (including Android or iOS devices), using “the power of the cloud and Microsoft 365,” per Panay. In addition, the new “Snap Layouts” let users seamlessly multitask and visually organize what they see on their screens.

Due to its new design, revamped security features and other features, Microsoft’s Wangui McKelvey said in a company blog post that Windows 11 is “an operating system designed for hybrid work and learning.”

Finally, in a separate company post on how the new operating system impacts developers, Windows touts its “open platform” experience. This means that “everyone has open access to run the widest range of apps on Windows, enabling all developers to build the apps and experiences that empower users to create, learn, and play,” according to the company.

Moreover, in an apparent jab at Apple, the company says that developers will have more ways to receive payments for apps on the Microsoft Store.

“You will also have more revenue sharing options, such as keeping 100% when you bring your own commerce platform for the Store for your app (this does not include PC games),” the blog post stated.

Microsoft also announced a collaboration with Amazon that will bring the Amazon Appstore to Windows 11.

“With this announcement, Amazon Appstore developers will now have the opportunity to make their Android apps available to hundreds of millions of Windows customers,” Palanidaran Chidambaram, director of the Amazon Appstore and Cross-Screen Technology, said in a statement.

Windows 11 will be available through a free upgrade for eligible Windows 10 PCs and on new PCs beginning this holiday season.