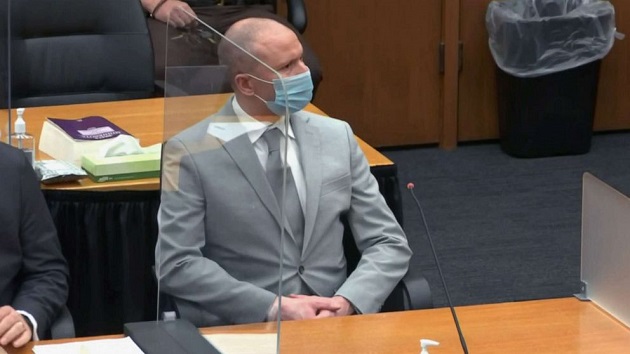 (MINNEAPOLIS) — Derek Chauvin acted in a manner that was “particularly cruel and an abuse of his authority” in the killing of George Floyd, according to the judge who sentenced the former Minneapolis police officer.

Chauvin faced a maximum sentence of 40 years in prison after a jury found him guilty of murder. He was sentenced to 270 months — or 22 1/2 years — Friday by Hennepin County Judge Peter Cahill. He was granted credit for 199 days already served, according to the sentencing order.

In handing down the sentence, Cahill told the court he would keep his comments brief on why he chose 22 1/2 years and explain them further in a 22-page memorandum opinion.

In the memorandum, Cahill said that two out of four aggravating factors that would support a sentence above the range recommended by state guidelines were appropriate.

Chauvin’s “abuse of a position of trust or authority” and his “treating George Floyd with particular cruelty” supplied “substantial and compelling” reasons for imposing a greater sentence, Cahill wrote.

On the latter factor, Cahill said that “the ‘prolonged nature of the asphyxiation’ makes this offense different in kind than, for example, a near-instantaneous death by gunshot, which is one typical scenario for this type of offense.”

The two factors added 10 years on top of the presumptive 150-month sentence for unintentional second-degree murder, Chauvin’s most serious charge, according to the memo.

The two other aggravating sentencing factors — that multiple children were present during the murder and that Chauvin acted as part of a group — were not ultimately factored into the sentence, Cahill said.

“[Chauvin] must be held accountable for the death of Mr. Floyd and for doing so in a manner that was particularly cruel and an abuse of his authority,” Cahill said, concluding that Chauvin “treated Mr. Floyd without respect and denied him the dignity owed to all human beings and which he certainly would have extended to a friend or neighbor.”

Cahill also denied a probationary sentence sought by the defense because it “would be disproportionate and understate the severity of Mr. Chauvin’s offense.”

Alternatively, the defense sought a prison sentence shorter than what is recommended by Minnesota sentencing guidelines, which Cahill said was not appropriate due to the aggravated sentencing factors.