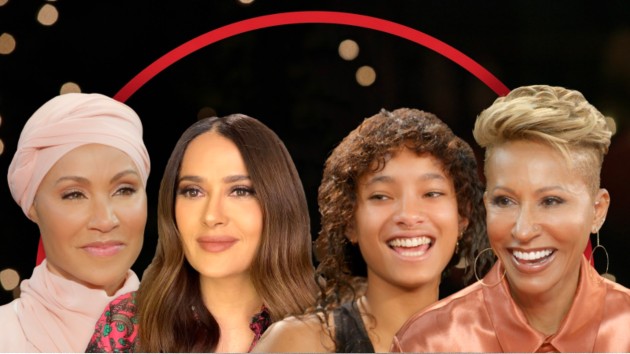 Salma Hayek is reflecting on the first time she met Jada Pinkett Smith — and it was when they were both auditioning for a role in The Matrix franchise.

We know now that Pinkett Smith nabbed the role of Captain Niobe, who appeared in the original film’s two sequels, but during a recent episode of Red Table Talk Hayek hilariously detailed the physical test they had to take as part of the casting process.

“We had jumped through many hurdles and screen testing and many auditions, and they brought these stunt coordinators from Asia, and it was the physical test,” the Hitman’s Wife’s Bodyguard star recalled.

“And I just looked at this woman, and I thought to myself, ‘That’s who I wanna be when I grow up,"” Hayek joked.