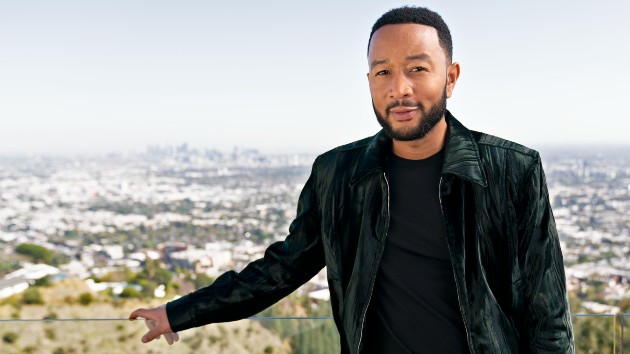 Just days after Project Runway veteran Michael Costello posted what he said were images of Chrissy Teigen cyberbullying him via direct message, her husband John Legend called the messages “fake.”

Costello claimed that the embattled former model bullied him to the point he was suicidal, after somebody fabricated a message that made it look like he’d used the “N-word.”

Legend tweeted, “Chrissy apologized for her public tweets, but after her apology, Mr Costello fabricated a DM exchange between them.” He added, “This exchange was made up, completely fake, never happened.”

After his comment, “Receipts below,” Legend retweeted an article from Business Insider reporter Kat Tenbarge, who did some sleuthing and discovered inconsistencies in the messages purportedly sent by Teigen in 2014.

Among those: “[T]he messages in the images have purple and blue backgrounds — a design change that wasn’t implemented until February 2020,” Tenbarge wrote, “at which point the ‘@chrissyteigen"” account was verified. The background color and the lack of verification appear to be temporally inconsistent.”

Another clue: “There is a video chat icon at the top of the image, but video chat wasn’t introduced to Instagram until June 2018.”

And Tenbarge also noted that the profile picture in the “Teigen” messages posted by Costello wasn’t one she used in 2014.

As of Friday afternoon, Costello hadn’t publicly responded to the Business Insider article.

Teigen recently posted a lengthy apology to her “targets” of cyberbullying, which included Courtney Stodden, the now-non-binary model who said Teigen told them to kill themselves when Stodden was 16.

Chrissy apologized for her public tweets, but after her apology, Mr Costello fabricated a DM exchange between them. This exchange was made up, completely fake, never happened. Receipts below: https://t.co/Toh2rjTXNS