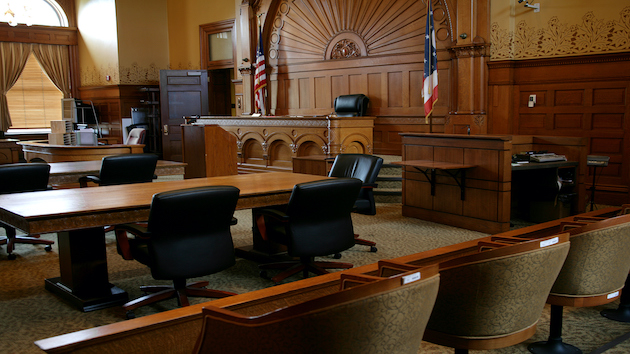 (NEW YORK) — A Pennsylvania man pretended to be former President Donald Trump or a member of his family in order to defraud hundreds of victims across the country, federal prosecutors said Tuesday.

Joshua Hall is charged with fraud and identity theft after federal prosecutors said he misrepresented himself or others while soliciting funds for a purported Trump reelection organization that did not exist.

Instead Hall used the funds raised – thousands of dollars – for his own personal living expenses, according to the criminal complaint.

The alleged scheme involved the “creation and use of social media accounts bearing those family members’ names and photographs,” the complaint said.

“Hall used those accounts to amass more than 100,000 followers on social media and obtain media coverage, a public platform he then exploited to confer on himself and the Fictitious Political Organization a false imprimatur of close ties with the President’s family and to encourage victims to make monetary contributions to the Fictitious Political Organization,” the complaint said.

In one instance last July, Hall allegedly created a social media account using the name and photograph of one of Trump’s siblings, the complaint states, who is referred to in court records as Victim-1.

“Hall, impersonating Victim-1, made a public social media post that falsely stated that Victim-1 runs the Fictitious Political Organization with Hall and that ‘Josh is doing great work so please give him a follow and support him!"” the complaint said.

Hall also allegedly impersonated the former president’s youngest son, Baron, who is referred to as “the president’s minor child (‘Victim-2’).”

“Hall, impersonating Victim-2, made a public social media post that stated that Hall was Victim-2’s ‘friend and partner’ and that ‘Josh is an amazing patriot who is doing tremendous things for our great country. He has my COMPLETE AND TOTAL ENDORSEMENT!"”

It was not immediately known if Hall had retained an attorney.

Patina Miller and Omar Epps explain why ‘Power Book III: Kanan’ was the perfect series for them to join
Benifer 2.0 makes it Instagram official, thanks to Leah Remini
Sean Penn won’t return to ‘Gaslit’ set without stricter COVID-19 vaccination guidelines
Mark Wahlberg talks how being a father spurred him to star in and produce the drama ‘Joe Bell’
How sustainable is it to rent clothing? Experts and top brands weigh in
Ohio man charged with hate crime related to alleged plot to commit mass shooting of women