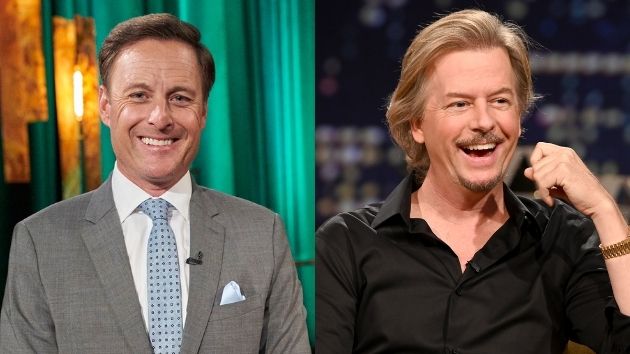 It looks like Bachelor Nation will have to go a little while longer without its longtime host Chris Harrison. According to multiple reports, he will not be hosting season seven of the spin-off, Bachelor In Paradise.

The series, which is set to premiere in August, will instead be guest hosted by a rotating roster of celebrity comedians, including David Spade, sources tell Variety.

An insider close to the longtime host told E! News that Harrison was “disappointed” by the news, explaining, “He’s been having conversations with his team and the studio and was hoping to be able to come back. He hopes his return will happen in 2022.”

Harrison first took a break from hosting the franchise after defending contestant Rachael Kirkconnell’s past controversial behavior during an interview with former Bachelorette Rachel Lindsay.  Photos of Kirkconnell attending an “Old South” antebellum plantation-themed party in 2018 had surfaced and, in addition, it was revealed that the 24-year-old had liked a social media post depicting the Confederate flag.

During Harrison’s break, former Bachelorette stars Kaitlyn Bristowe and Tayshia Adams filled in for the upcoming season, which will focus on Katie Thurston.

ABC and Warner Bros. TV declined Variety’s request for comment about Harrison’s involvement with Bachelor in Paradise and his future status with franchise.