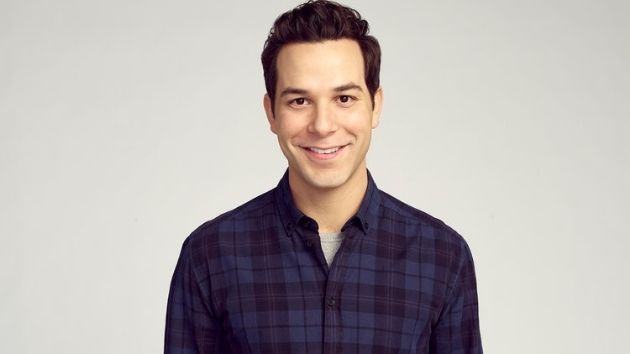 Pitch Perfect will mark its 10th anniversary next summer and Skylar Astin admits he is having a hard time believing that, telling ABC Audio, “Oh boy, I’m old!  What the heck happened?”

Astin, who played Jesse Swanson, the love interest of Anna Kendrick‘s Beca in the 2012 musical comedy, has some ideas about why Pitch Perfect became a global sensation, hinting that it wasn’t the music that resonated the most with the audience.

“It was a movie that wasn’t afraid to be in on its own joke and it didn’t take itself too seriously,” Astin explains. “A major theme of that movie is to allow yourself to be vulnerable and allow yourself to make weird sounds with your mouth — which is weird — and a lot of those characters did so unapologetically.”

“It was very heartwarming but we also led with humor,” the actor continues. “So we made you laugh and then there was a little bit of heart there to tie it together.”

With the film’s 10th anniversary on the horizon, Astin, who recently teamed with Temptations, has some thoughts on how the movie’s cast will celebrate the occasion.

“Maybe we’ll do a big Zoom or maybe… by that time, we can all get together,” the Zoey’s Extraordinary Playlist star offers. “[It would] be fun to do some sort of concert or some sort of charity event.”

Astin adds he’s not in charge of planning the 10th anniversary celebration, admitting, “I only answer the call… they know exactly where to find me.”