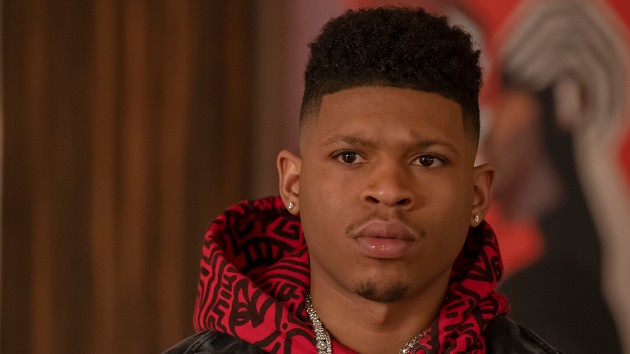 Bryshere Y. Gray, who starred as Hakeem Lyon on Empire, has reportedly been sentenced to serve time for domestic violence.

The rapper and actor pleaded guilty to felony aggravated assault and was sentenced to 10 days in county jail in Arizona, plus three years probation, according to TMZ. He was also ordered to pay restitution to his wife, enroll in a domestic violence offender treatment program, and submit to drug and alcohol testing.

As previously reported, on July 13, 2020, three months after the airing of the final episode of Empire, the 27-year-old entertainer was arrested at his home in Goodyear, Arizona near Phoenix, and charged with aggravated assault, domestic violence and disorderly conduct.

Police said that officers responded to a 9-1-1 call by a citizen who was flagged down by a woman at a nearby gas station. The woman claimed she had been assaulted “for several hours” by her husband, who she identified as Gray.

The victim was treated and released for non life-threatening injuries, according to Goodyear PD. “Goodyear Detectives and Victim’s Advocate continued to assist her after her discharge from the hospital,” the department said.

When officers arrived at the Gray’s home, he refused to come out and speak with them, leading to the arrival of the SWAT and Crisis Negotiations teams.

Eventually, after a nine-hour standoff, Gray surrendered and was taken into custody.

76ers Embiid fined for Game 6 altercation
Severe national blood shortage may force doctors to augment patient care, officials say
Walmart Deals for Days starts today. Here’s what you can shop now
US to ‘keep our eye on the ball’ in nuclear talks after Iran election: Sullivan
Target Deal Days has arrived. Here’s what you need to know
Why this tick season may be bad — and how to protect yourself