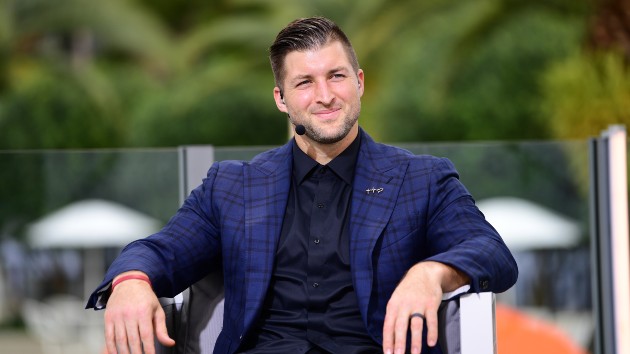 (JACKSONVILLE, Fla.) — After six years off the field, Tim Tebow’s attempted return to the gridiron is reportedly underway.

A source tells ESPN the 33-year-old former quarterback has signed a one-year contract with the Jacksonville Jaguars as a tight end.

Tebow will take part in the Jaguars’ offseason program Thursday as he competes for a spot on the team’s roster, the source adds. He will then join his new teammates on the field Monday when the Jaguars begin organized team activities.

Tebow last played in the NFL in 2015. The former Heisman Trophy-winning quarterback was drafted by the Denver Broncos in 2010 and went on to play for the New York Jets, New England Patriots and Philadelphia Eagles during his time in the league.

He spent his time off the field working as a broadcaster for the SEC Network and taking a shot as a professional baseball player.

This past February, Tebow asked Urban Meyer, who served as his head coach when he played for the University of Florida, for a tryout with the Jaguars. After doing so, he worked out at least twice with the team, ESPN reports.