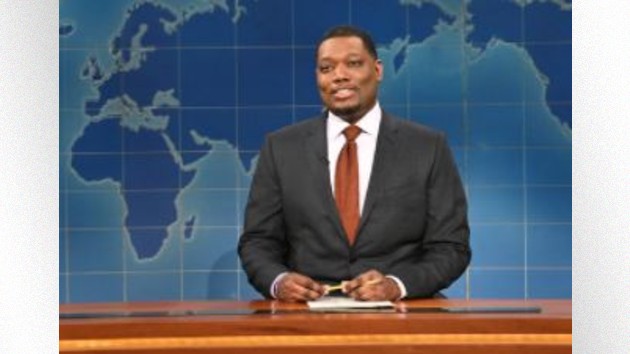 In a remote appearance on The View Tuesday, Saturday Night Live writer and Weekend Update co-host Michael Che said he was “99.9% sure” he’d be returning to SNL next season, adding, “at the end of a season I always think I’m going to quit because I [just] went through a whole season.”

The comic also had a laugh at the flap caused by the “Gen Z Hospital” sketch he wrote for guest host Elon Musk. Online complainers claimed the sketch, which poked fun at young people’s overuse of phrases like “bruh” and “cap” misappropriated “AAVE” — that is, African American Vernacular English.

“I thought I had the vaccine for Black appropriation, being Black,” Che joked, adding, of the threat of being “cancelled” over the bit. “I thought I was immune, but you know what? You’re never immune.”

Che clarified that the “very silly sketch” was actually making fun of “internet-speak.” He said the sketch, “worked for some people and did not work for a lot more.”

As for his future with the program, Che quipped, “I assume when I leave SNL it won’t be of my choosing.”

Air pollution remained higher in minority communities during the pandemic, revealing persistent health disparities
Biden’s new vaccine requirement meets pushback from unions who helped elect him
These dating US track athletes are taking their love to the Tokyo Olympics
How Allyson Felix could make history at the Tokyo Olympics
COVID-19 vaccination proof will be required for Broadway patrons, workers
Missy Park makes $1M contribution to support USWNT and its fight for equal pay