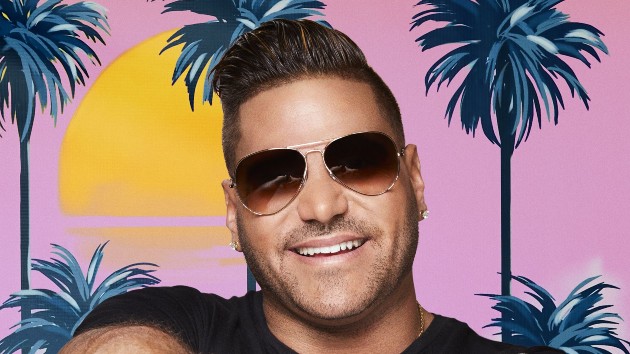 Jersey Shore’s Ronnie Ortiz-Magro has announced that he’s taking a “step away” from the MTV reality series to focus on “mental health issues.”

“After talking to the team at MTV, we have mutually agreed that I will step away from the show while I seek medical treatment for mental health issues that I’ve ignored for too long,” shared Thursday in a statement on his Instagram Stories.

“My number one goal now is facing my struggles head on,” he continued.

“This process will be difficult,” Ronnie, 35, added, “but my #1 priority is to get healthy and be the best man and the best father I can for my daughter.”

The announcement comes the same day his attorneys confirmed that he will no longer face felony charges in his ongoing domestic violence case.

“We are very happy that after further investigation both the LA County District Attorney’s office and the LA City Attorney’s office determined that criminal charges were not warranted against Ronnie related to the incident that occurred in April,” his lawyers Scott E. Leemon and Leonard Levine said in a statement obtained by People.

Ortiz-Magro was arrested for alleged intimate partner violence on April 22.  He was released on $100,000 bail.

This isn’t the Ronnie’s first brush with the law. He’s still on probation for another domestic violence case against ex-Jenn Harley, where he pleaded no contest to domestic battery as well as resisting arrest. He was ordered to 36 months of probation, donate $20,000 to a local battered women’s shelter and serve 30 days of community service.

Harley is not related to the most current case.