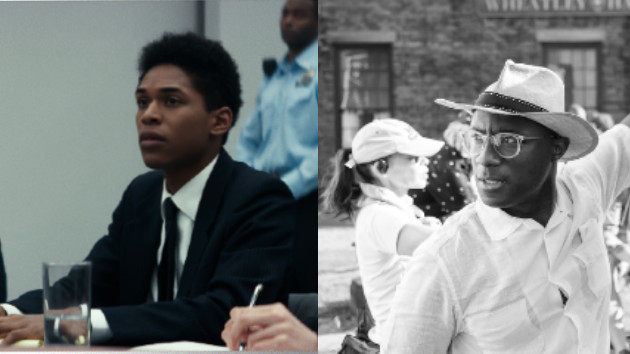 Courtesy of Netflix; Courtesy of Amazon Studios
Posted on May 13, 2021 by ABC News

Barry Jenkins is giving voice to an important narrative with his Amazon series The Underground Railroad. Based on Colson Whitehead‘s Pulitzer Prize-winning book of the same name, Jenkins believes his series captures more than just the trauma of those who wanted freedom, it allows for a space where we “recontextualize our ancestors and… honor them in our image.”

Like Jenkins, Kelvin Harrison Jr., who is the star of the Netflix drama Monster, sees the importance of telling both historical and contemporary stories on the Black experience no matter how triggering they may be. Harrison Jr. believes these projects are a way to “remind ourselves about what’s going on.”

“I think we can’t become complacent and start to get comfortable,” he says, before acknowledging there still needs to be a “balance.”

“Everything in moderation,” Harrison Jr. notes.  “We do need fun films. We do need things that kind of allow a place to escape… That’s important. But also, the systems are still very corrupt and they’ve been built to oppress us. They’ve been built to use us and abused us as Black people.”

“So to not be aware of those things, and to not be reminded and ignore it because it feels comfortable — is ultimately our demise to an extent,” he explains.

The Underground Railroad, starring Thuso Mbedu, is available on Amazon. Monster is streaming on Netflix.