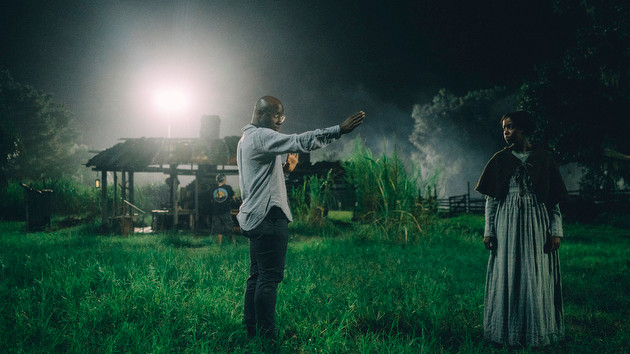 Courtesy of Amazon Studios
Posted on May 11, 2021 by ABC News

Barry Jenkins knew he signed up for a massive undertaking to produce and direct an adaptation of Colson Whitehead‘s Pulitzer Prize-winning book, The Underground Railroad.

“There was a hesitation in taking the project on because of the images itself,” Jenkins tells ABC Audio. “I was very, very cautious because I knew I had to be very respectful of how to translate those images because they can be very triggering.”

Those “triggering” images, which depict the harsh realities of slavery, are embedded throughout Barry’s series. Jenkins believes the best way to tell this harrowing story — which follows Cora, an enslaved teenage girl who escapes a Georgia plantation by boarding a literal train to freedom — was to create an authentic original drama.

“That’s why I wanted to do a television show and not… a feature film,” he explains. “Those images are going to be triggering no matter what…[but] in the feature film, they might overwhelm the other images that are to come. [So I was] always being aware of what the moral and ethical line was [for us]… and for the audience receiving them.”

Thuso Mbedu, who plays Cora, agrees, noting that although she did “a whole lot of preparation,”  she didn’t want to “be bogged down by the material.”

“[I had to] throw it away and trust what comes in the moment. Trust that Barry is here to guide you,” she says. “Trust that the people that you’re working with will catch you.”

Thuso says Jenkins’ also brought a guidance counselor on set, which made her “feel safe” and “helped [her] mentally, emotionally, [and] spiritually.”

“But also on weekends, I forced myself to completely separate from the character as a means of taking care of my mental and emotional health,” she adds.

Watch Idris Elba in new ‘Suicide Squad’ trailer; Kenya Barris inks multi-project development deal with Audible; and more
Warren Buffett gives away another $4.1 billion, resigns from Bill and Melinda Gates Foundation
Missouri sees rise in severe COVID-19 cases among the young, unvaccinated as delta variant spreads
What to know about the lifeguard shortage across the US
‘Arrow’ star Stephen Amell addresses report he was kicked off a flight
As the Supreme Court wraps up, Justice Stephen Breyer offers no hints on retirement