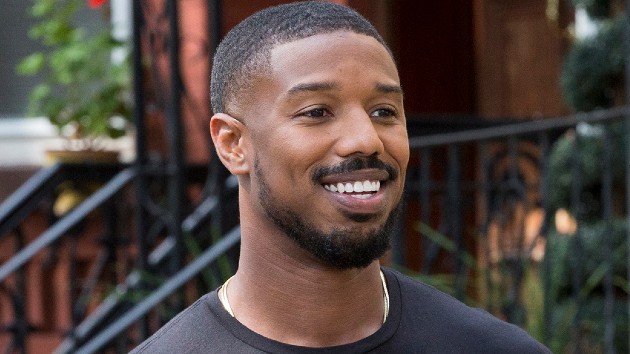 NBCU Photo Bank via Getty Images
Posted on May 11, 2021 by ABC News

Michael B. Jordan says he is not following through with a family tradition started by his father — Michael A. Jordan.  The Black Panther star explains why he thinks it is “too much” to name his future son after him.

Jordan, 34, who is currently dating Lori Harvey, explains that starting a family is not in his immediate future plans during his Monday appearance on The Ellen DeGeneres Show.  However, that hasn’t stopped him from thinking about it.

“Legacy is big for me.  We’re on this earth for a short amount of time,” the actor admits, which he says is defined by “who you help” and not by who is named after you.

“I am breaking that cycle right there,” Jordan confirmed. “It’s too much!  It’s like the pressure I had to live up to my dad’s name… I’m not going to put that on my kid.”

The Creed star says naming his future child something else will “give him his own identity.”

Jordan adds that also will give his son the ability to “walk his own shoes” — and not the shoes he leaves behind.

The Emmy nominee also shouted out his one-year-old nephew, Lennox, joking with Ellen that his sister’s baby helped divert the pressure he was under to start having kids of his own.

“He bought me some time,” smiled Jordan. “Lennox definitely gave me a break right there.”

Trailer for ‘The Batman’, ‘The Rock’ teases ‘Black Adam’ and more: Nerd news from Saturday’s DC Fandome
DOJ pledges independence after Biden calls for prosecutions of those who defy Jan. 6 committee subpoenas
Boy, 13, dies after bullets flew through his bedroom window, struck his head
‘My body is not their property,’ a Texas woman’s journey across state lines for an abortion
Daredevil rushed to hospital after stunt goes seriously wrong on ‘America’s Got Talent: Extreme’
As Disney+ plans a two-episode premiere for ‘Hawkeye’, Hailee Steinfeld “still can’t believe” she’s part of the MCU