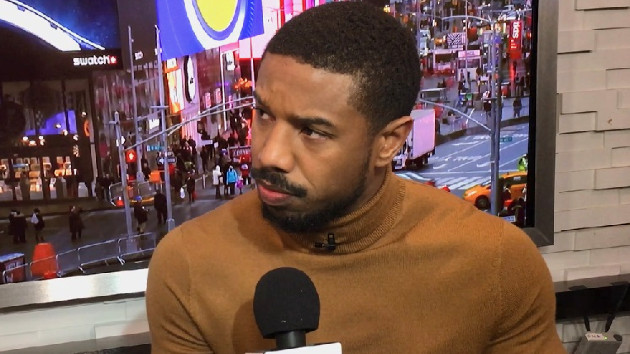 ABC News/Steve Iervolino
Posted on May 7, 2021 by ABC News

Michael B. Jordan sure could have used the Force when he auditioned for 2015’s Star Wars: The Force Awakens.

“That was probably my worst audition to date,” Jordan admitted during an appearance on this week’s Just for Variety podcast.

“I couldn’t wrap my brain around some of the sides, because when you’re reading for these high-level projects, there’s never really any specificity in the sides,” he explains.  “Everything’s super vague; everything is secret.”

The “sides” to which Jordan is referring are those excerpts from scripts actors are given to read at auditions.

“Reading through, I just couldn’t connect it.  I definitely bombed that one, for sure,” he continues.  “I’m pretty sure I ran out of there, like, ‘See you guys.  I’m outta here."”

The Black Panther actor didn’t reveal which part he was reading for, however.

Speaking of Black Panther, the 34-year-old actor recently spoke to Entertainment Tonight about the possibility of his character, Erik Killmonger, returning to the Marvel Cinematic Universe, even though he died in the original film.

“There’s always a love I have for those characters and Erik is definitely one of those that means a lot to me,” she said.  “So only if it’s the right thing and it’s impactful and if I could add something to it. If it means something then, yeah, I wanna be a part of that journey, you know?”