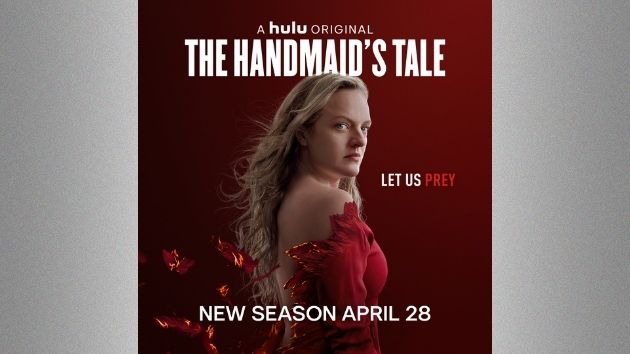 The Handmaid’s Tale returned for its fourth season on Hulu, delighting fans by hitting the streamer a few hours earlier than expected. It’s been two years since season 3 aired and star Max Minghella tells ABC Audio that even though the show is dark, they have a lot of fun on set.

“Normally when you make anything, there’s one person who sort of drives everyone slightly crazy and we don’t have that person on the set, or maybe maybe it’s me and I don’t realize it,” Minghella, who portrays Nick Blaine on the show, explains. “But there’s this really wonderful energy and wonderful community.”

His co-star, Ann Dowd, who fans know as the reviled Aunt Lydia in the series, echoes the same sentiment in that, although the show deals with really tough subjects, it’s a pleasure to make.

“There are scenes that are really tough. I mean, they all are let’s get real,” she begins. “But we’ve had the privilege of four seasons, you know, so we know these people. We know one another.”

“There’s a great level of comfort and community there. So it’s a great experience,” Dowd adds, noting that “the world is definitely tougher.”

The Handmaid’s Tale Commander Joseph Lawrence, played by Bradley Whitford, also agrees that the set is a “joyous atmosphere” and very different from that of a comedy series.

“Comedy sets are, they’re paranoid, comedy writers don’t have a genuine laugh. They go, ‘Oh yeah, yeah, that’s funny,"” he shares. “And I realize it’s so bizarre that on this show, which deals with such operatic agony, it really is a joyous atmosphere.”

The first three episodes of season 4 of The Handmaid’s Tale are streaming now on Hulu. New episodes will be added each week until June 16.