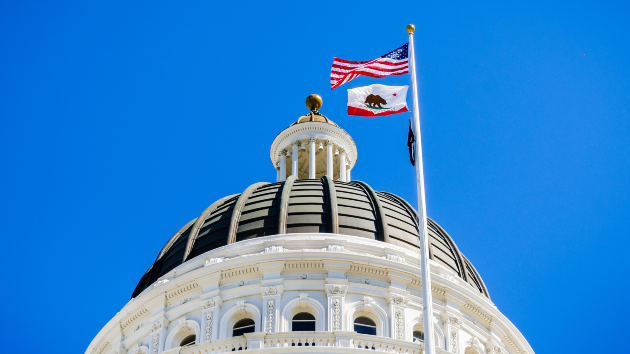 Organizers needed just short of 1.5 million verified signatures to trigger a statewide ballot. The state announced that it had verified 1,626,042 signatures, with more to verify in the coming days.

The announcement Monday evening triggered a 30-day period where voters could remove their signatures from the list. It’s a small procedural hurdle to clear considering that the state has already verified more than 100,000 signatures over the necessary number, with more to come.

If the necessary number of signatures still stands after the 30-day period, the state Department of Finance will then have an additional 30 days to assess the cost of the recall election. Another 30-day period will begin after that effort, where the Joint Legislative Budget Committee will be able to review the cost estimates.

“This Republican recall threatens our values and seeks to undo the important progress we’ve made — from fighting COVID, to helping struggling families, protecting our environment, and passing commonsense gun violence solutions,” he tweeted with a video. “There’s too much at stake.”

This Republican recall threatens our values and seeks to undo the important progress we’ve made — from fighting COVID, to helping struggling families, protecting our environment, and passing commonsense gun violence solutions.

There’s too much at stake. pic.twitter.com/5ZEszlrcYl

This is the sixth official attempt to recall Newsom since he took office in 2019, but the first one that gained traction with voters. Organizers reported that they turned in over 2.2 million signatures to the secretary of state’s office for verification. Although they claim to be nonpartisan, Republicans have rallied around the effort — and the Republican Governors Association launched a political action committee to help fundraise for it.

Organizers in the effort to recall Newsom have said government overreach has led to dissatisfaction with his leadership. They cited his executive order to phase out gasoline-powered cars by 2035 and rolling power outages to prevent wildfires, among other issues. They also cited a number of issues surrounding his handling of the coronavirus.

The first attempt to recall Newsom came two months after he took office and was filed alongside recall attempts taking aim at six other top Democratic officials, including the lieutenant governor, secretary of state and attorney general.

As the signature verification rate climbed, Democrats in California and across the country launched a defense, seeking to tie organizers and supporters of the effort to the far-right wings of the Republican Party and the QAnon conspiracy. They argued that removing a sitting governor as he tries to quell the coronavirus pandemic would be harmful to the state.

Stop the Republican Recall, the campaign against the effort, is primarily funded by the California Democratic Party and has recruited national party figures, like Sen. Elizabeth Warren and Stacey Abrams, to help fundraise.

“This election will be about two different visions for California,” Stop the Republican Recall campaign manager Juan Rodriguez said in a statement Monday following the announcement. “The Republican recall — backed by partisan, pro-Trump, and far-right forces — threatens our values as Californians and seeks to undo the important progress we’ve made under Governor Newsom — fighting COVID, supporting families who are struggling, protecting our environment, common-sense gun safety laws. There’s simply too much at stake –we will win.”