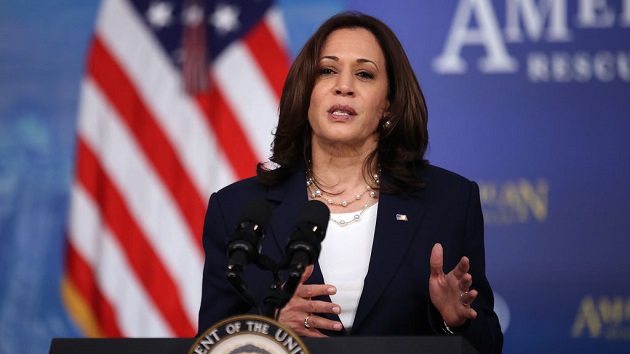 (WASHINGTON) — Vice President Kamala Harris will meet virtually with Mexican President Andrés Manuel López Obrador on May 7, when the two will discuss migration.

“This meeting will deepen the partnership between our countries to achieve the common goals of prosperity, good governance, and addressing the root causes of migration,” Harris’s chief spokesperson Symone Sanders said in a statement.

Harris last spoke with the Mexican president during a call on April 7 when the two agreed “to work together to address the root causes of migration from the Northern Triangle countries of El Salvador, Guatemala, and Honduras,” according to a White House readout of that call.

The meeting comes as the administration continues to grapple with the surge of unaccompanied minors being apprehended at the U.S./Mexico border and a week after President Joe Biden referred to the situation at the border as a “crisis.” White House press secretary Jen Psaki later attempted to walk the comment back.

Harris and López Obrador will be joined by Secretary of Foreign Relations Marcelo Ebrard Casaubon and Secretary of Economy Tatiana Clouthier Carrillo.

The number of unaccompanied children taken into custody roughly doubled from February to March and last month saw the largest number of Border Patrol apprehensions in a single month since the early 2000s.

Neither Harris nor Biden have traveled to the southern border to view the crisis firsthand. Instead, the administration has sent delegations with top officials.

It was previously announced that Harris will travel to Central America in June, marking her first trip to the region since Biden tasked her with leading the administration’s efforts to address the root causes of migration. She’s also slated to hold a virtual bilateral meeting on Monday with Guatemalan President Alejandro Giammattei.

Harris and Giammettei will talk about working together to address immediate relief needs of the Guatemalan people and deepening cooperation on migration, according to a White House official.

Mark Hamill opens up about why he continues to reach out to sick children
Missouri sees rise in severe COVID-19 cases among the young, unvaccinated as delta variant spreads
What to know about the lifeguard shortage across the US
Supreme Court rules for cheerleader in case involving school rules, free speech on social media
Salma Hayek hilariously reveals how she lost ‘Matrix’ role to Jada Pinkett Smith
Two pre-teen girls mysteriously found dead in Florida canal, identities unknown