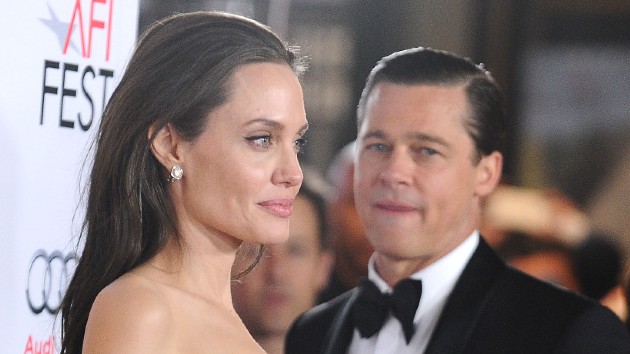 Angelina Jolie is opening up about the difficulties she’s faced since filing for divorce from Brad Pitt in 2016.

Jolie, who was starting to transition behind the camera, admits her “family situation” impacted her ability to become a full-time director.

Speaking Tuesday with Entertainment Weekly, the 45-year-old actress confessed, “I love directing, but I had a change in my family situation that’s not made it possible for me to direct for a few years.”

“I needed to just do shorter jobs and be home more, so I kind of went back to doing a few acting jobs,” she continued. “That’s really the truth of it.”

The Oscar winner says that transitioning back into acting allowed her to contribute more to her movie roles, such as the thriller Those Who Wish Me Dead, due out May 14, where she plays a woman named Hannah trying to protect a 12-year-old boy from two killers.

“In very technical terms, I’m more aware of what the director needs, and what other challenges they’re facing, and how many different pieces are moving,” Jolie described.

Directing allowed her to mature further as an actress as she explained, “When you’re younger and you’re having a huge day where you have to be cold and wet and emotional and crying, you’re thinking about those things.”

“Now you’ve directed and you’re older, and you realize that while you are going to be freezing and crying, there’s also pyrotechnics going on, or multiple other situations,” the humanitarian added. “It pulls you out of yourself.”

Jolie’s insight also led her to take her young co-star, 14-year-old Finn Little, under her wing, who gushed to the outlet, “She sort of walked me through it… She went out of her way to make me feel really accepted.”

Halle Berry praises H.E.R.; ‘Harlem’ debuts starring Megan Good; and more
New ‘Peacemaker’ trailer shows that John Cena’s vigilante character has daddy issues, too
Stoning in the Deep: Seth Rogen admits he got a little too high for Adele’s concert
“It’s the moment I’ve waited for my entire life”: Michael B. Jordan takes the reins of his career, and ‘Creed III’
Prosecutors question Elizabeth Holmes, 1 day after she leveled abuse claims against her former partner and company COO
Teen Kim Bryant was killed in 1979. Now DNA has helped identify a suspect.