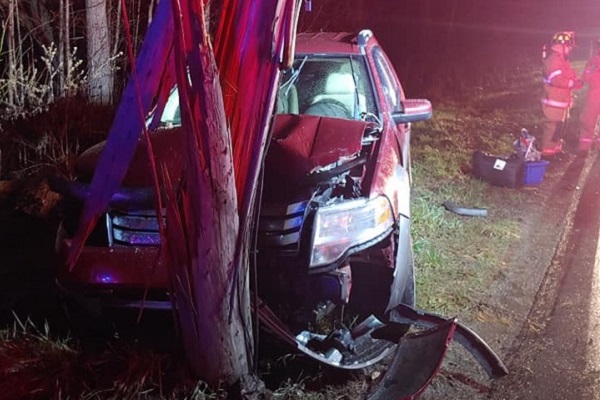 Eldred Township, PA – Although no one was injured, a vehicle crashed into a utility pole in Jefferson County last week, causing damage to not only the vehicle that struck it but also to a rescue vehicle later after the pole fell.

It happened along Route 36 just before 10 p.m. on Thursday night in Eldred Township.

State Police in Marienville say the unnamed driver had fallen asleep, gone off of the roadway, and struck a utility pole.

Her identity was not given by police, but they do say she was not transported to any hospital and she was charged for a suspended license violation.

Sigel Volunteer Fire Department, which assisted at the scene, posted photos of the crash to their Facebook page.

The fire department says that, as their Rescue 19 vehicle was pulling away from the scene, the utility pole broke and fell onto the rescue vehicle.

Again, thankfully no one was injured, but the road had to be closed down for multiple hours and the accident means that one of the fire company’s trucks is damaged.

Photos are courtesy of the Sigel Volunteer Fire Company.

At 21:57 on 4/15/21 Station 19 responded to an MVA on Route 36 in Eldred Township. There was no injury to the driver but the utility pole was almost sheared off. A Penelec representative arrived a short time later and advised his crew was enroute to replace the pole but fire dept personnel weren’t needed.
In an unusual turn of events, just as Rescue 19 was pulling out from the scene, the utility pole broke off and fell onto our rescue. Again thankfully no one was injured but now the road had to be closed and various resources were activated to set up detours and road closures. Finally after several hours Penelec had all hands on deck to lift the pole off our rescue so we could return to service. 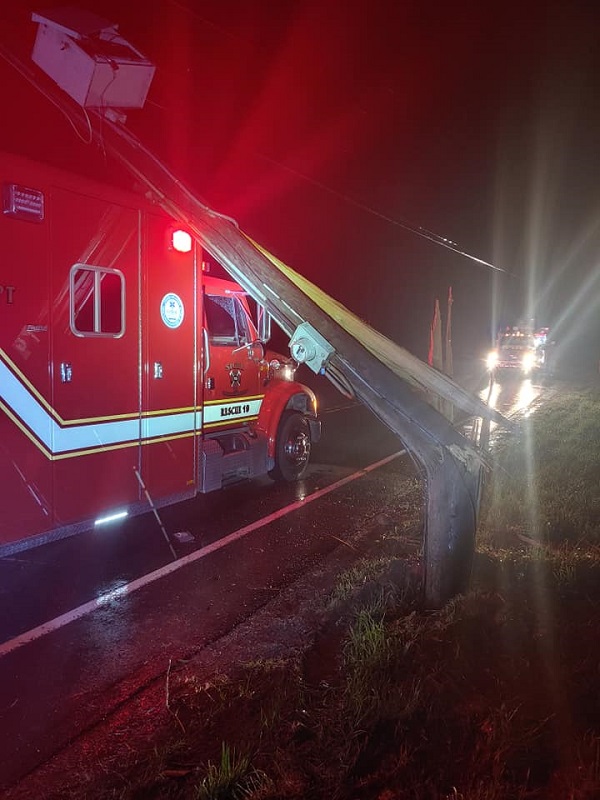 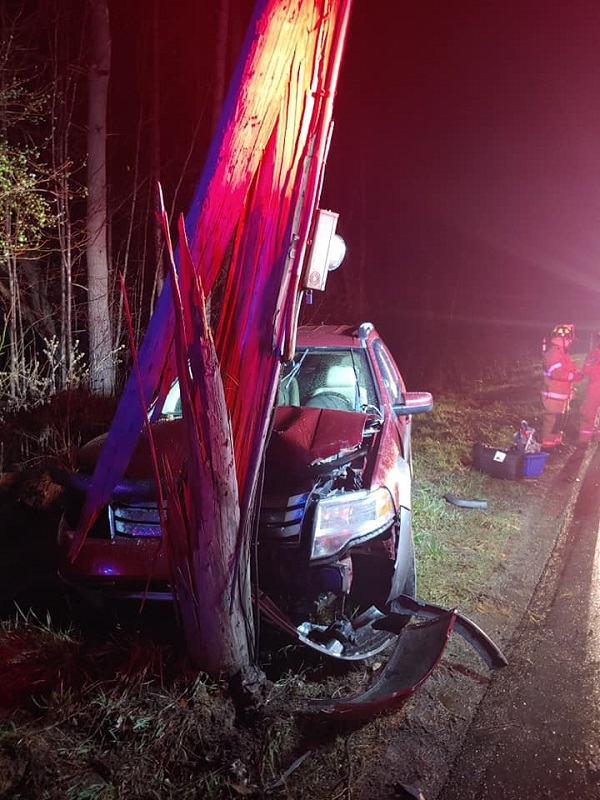