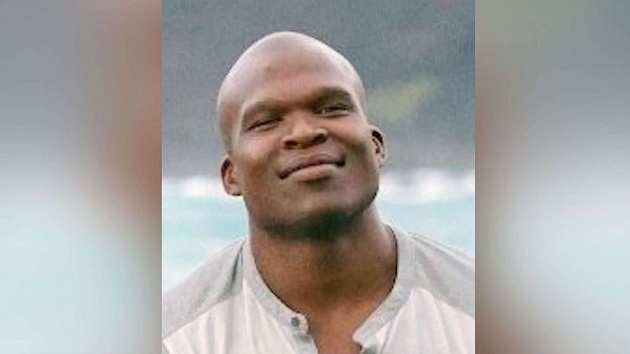 Courtesey of the Myeni Family
Posted on April 17, 2021 by ABC News

(HONOLULU) — Honolulu police have released body camera footage showing when officers deployed a stun gun on a Black man and fatally shot him while responding to a call about an alleged burglary.

Lindani Myeni, 29, a married father of two originally from South Africa, was killed by police outside a Nuuanu home on Wednesday.

Police released two body camera videos Friday. A third officer’s camera had not been activated. The footage, though dark and shaky, shows officers struggle with the suspect, use a Taser on him and shoot him three times, all in less than a minute.

Myeni had entered a home, sat down and taken off his shoes, prompting the scared occupants to call 911, Honolulu Police Department Chief Susan Ballard said Thursday.

Ballard said during a news conference on Friday that a 911 caller said a man sitting in a vehicle was the person who had been in her home.

When the first officer arrived at the scene around 8:10 p.m., a distraught woman is heard outside the house telling the officer, “That’s him.” Myeni is seen in the footage getting out of a car and walking toward the officer. Another officer is heard in body camera footage ordering the man to “get on the ground,” but Myeni did not appear to comply.

Instead of getting on the ground, Myeni turned and charged at the first officer who arrived on the scene and punched him several times, Ballard said. The second officer tried to get the suspect off his peer, while a third officer arrived at the scene and deployed his Taser on the target, but it was ineffective, Ballard said. The suspect then charged towards the officer who used the Taser, the chief added.

The first officer on the scene then fired a single round, but it’s not clear if it hit anyone.

“Officer two then fired three rounds at the suspect, and the suspect then fell to the ground,” Ballard said. “This all happened in less than one minute” from the first officer arriving.

The suspect was transported to a hospital in critical condition and later died.

Myeni had no criminal record and no weapons on him, police said. The Honolulu Medical Examiner’s Officer identified Myeni and ruled his death a homicide.

His wife, Lindsay, opened up on her heartbreak and denounced the shooting, telling ABC Honolulu affiliate KITV: “He was gentle and loving, and the best father and husband I could’ve asked for. There’s no reason this should have happened. I’m white and I guarantee he would not have been shot had he been white. This is ridiculous.”

“Obviously, he wouldn’t burglarize. … We have money. We have everything we need. We’re not looking for anything,” she said to Hawaii News Now. “He wanted to talk to them for some reason. It says he took off his shoes. I’m sure he did that as a sign of respect.”

She said he is from the Zulu Kingdom, a nation in South Africa, and believes his actions may have been misinterpreted.

“In Zulu culture you can go to anyone’s house. You can knock on anyone’s door. It doesn’t matter if its 9 o’clock — it’s not a big deal. Neighbors are neighbors,” she said. Myeni and his wife moved to the island in January after living in South Africa for three years.

An attorney representing the Myeni family didn’t immediately respond to a request for comment from ABC News.

At a news conference to release the video, acting Deputy Chief Allan Nagata said the officers “fought for their lives.”

Nagata acknowledged that police didn’t identify themselves until after shots were fired, but he said it was clear they were officers in uniform using marked police cars.

“They were in the fight for their lives, let me clear with you. … They did very well. They were very brave,” he said. “They didn’t shoot or discharge the firearm right away. This was not a case of overreaction.”

Flags half-staff on Saturday for Peace Officers Memorial Day
Sandy Twp Detective Fairman gives ride-along to radio station crew
Body camera footage shows ‘horrific’ in-custody death of Black man at South Carolina jail
At least 4 people slashed on New York City subway in separate incidents
The “‘Bridgerton’-verse” is expanding: New spin-off to center on the origins of Queen Charlotte
Mom gets outpouring of love from Twitter after revealing she has to tell her son she is dying