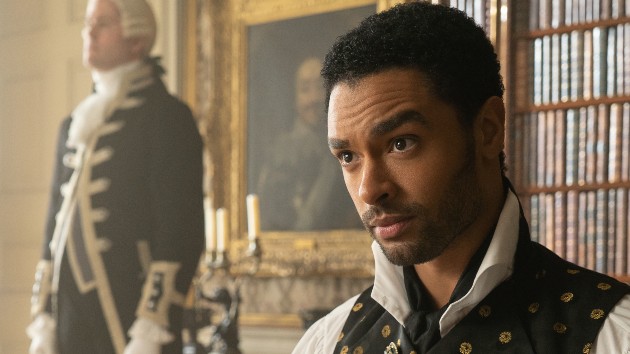 While Regé-Jean Page  as quick to say his was a one-and-done contract for one season of Netflix’s Bridgerton, a source is spilling some behind-the-scenes tea that maybe that wasn’t the case.

“Regé is not coming back to Bridgerton because of creative differences with [executive producer] Shonda Rhimes and her team,” a source tells Page Six. “He wasn’t happy with what was planned for his character for Season 2, which would have kept him a player but not the focal point of the show.”

Rhimes’ show all but admitted the latter in its farewell message to Page’s Duke of Hastings, in a tweet from Lady Whistledown that described how the second season was to focus on Jonathan Bailey‘s Anthony Bridgerton. “Dear Readers, while all eyes turn to Lord Anthony Bridgerton’s quest to find a Viscountess, we bid adieu to Regé-Jean Page, who so triumphantly played the Duke of Hastings,” the message reads in part.

If the source is to be believed, it wouldn’t be the first time an outspoken cast member was cast out from Shondaland. Remember former Grey’s Anatomy star Katherine Heigl? “If you look at all the big names who have left Grey’s Anatomy in the past, you see you don’t disagree with Shonda, nobody is bigger than the show,” the source added.

Unlike Heigl, however, this spy said Page left on good terms with the prolific producer.  He’s also landing on his feet, with the source saying, “Regé has been inundated with offers…”

Page recently wrapped production the Netflix spy thriller The Grey Man opposite fellow heartthrobs Ryan Gosling and Chris Evans, and has also been rumored to be in the running to be the next James Bond.