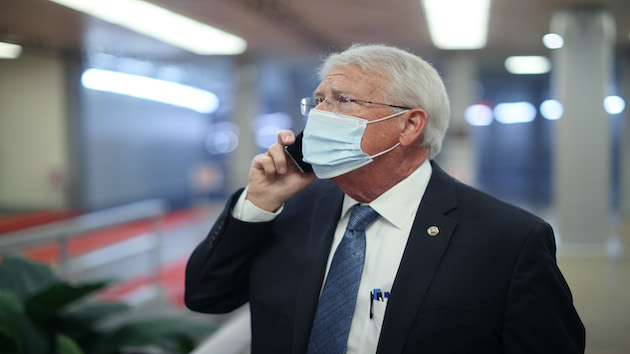 (NEW YORK) — Despite many Republicans signaling they do not support President Joe Biden’s infrastructureproposal, Sen. Roger Wicker, R-Miss., said the GOP is willing to negotiate on ABC’s “This Week.”

“I’m meeting with the president tomorrow,” the senator told “This Week” anchor George Stephanopoulos on Sunday.

“We are willing to negotiate with him on an infrastructure package. And this trillion dollar number is way too high for me — I’ll just say — but negotiation has to be something different from what we had on the rescue plan,” he continued.

Ahead of his meeting with bipartisan lawmakers, Biden said that he welcomes debate on his $2 trillion plan but added that a narrowly focused infrastructure bill proposed by the GOP “is just not rational.”

Wicker’s comments to Stephanopoulos echo the sentiment of 10 Senate GOP lawmakers who signed a joint statement on Thursday, accusing Biden of “roundly dismissing” bipartisan talks during his last bipartisan meeting on the COVID relief bill.