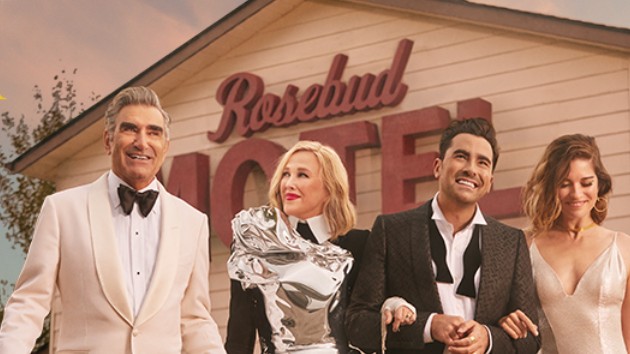 The 32nd Annual GLAAD Awards aired Thursday night and it was nothing short of a celebration of inclusivity.

The show, which aims to “recognize and honor media for their fair, accurate, and inclusive representations of the intersectional LGBTQ community,” was hosted by Niecy Nash and included musical performances from Chika, Jessica Betts and Rebecca Black.

There was also a remembrance and celebration of the late Naya Rivera and her Glee character Santana, who came out on the show 10 years ago. Demi Lovato, who portrayed Santana’s girlfriend on the hit series, kicked-off the special moment that allowed the Glee cast to reminisce about their former colleague. Naya tragically died in a boating accident last summer.

Outstanding Film — Limited Release
The Boys in the Band (Netflix)

Outstanding Limited or Anthology Series
I May Destroy You (HBO)

Outstanding Video Game
Tie: The Last of Us Part II (Sony Interactive Entertainment) and Tell Me Why (Xbox Game Studios)

Outstanding Online Journalism Article
“Gay Men Speak Out After Being Turned Away from Donating Blood During Coronavirus Pandemic: ‘We are Turning Away Perfectly Healthy Donors’” by Tony Morrison and Joel Lyons (GoodMorningAmerica.com)