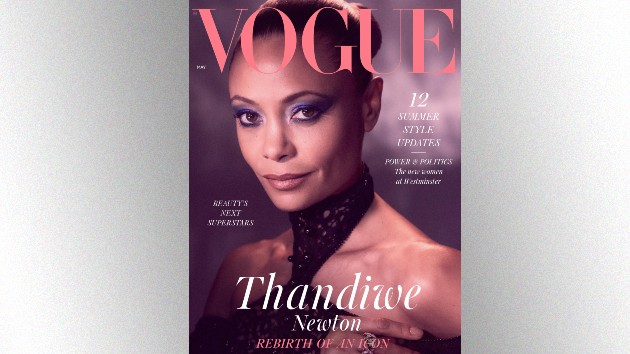 (LONDON) — (NOTE LANGUAGE AND CONTENT) Westworld star Thandie Newton’s name is actually “Thandiwe,” but thanks to a misspelling in the credits of her first film, 1996’s Flirting, she’s gone by Thandie in dozens of projects.

But that was then and this is now. The actress tells British Vogue in a feature piece dubbed “The Rebirth of an Icon” that it’s time to take her name back, and more.

Newton, who famously called out Hollywood sexual abuse last August — promising to name names on her “deathbed” — is embracing her roots. The 48-year-old performer, the daughter of a Zimbabwean princess-turned NIH health care worker and a former scientist from Cornwall, England, was given the name Thandiwe, which means “beloved” in her mother’s native tongue, Shona.

Newton, a staunch advocate for the Me Too movement, cataloged the years of racism and sexual abuse she suffered in Hollywood, beginning with her first role that led to the credits typo, and abuse, she weathered for years.

Australian Flirting director John Duigan, whom Newton has repeatedly accused of abuse, said of her light-skinned complexion, “Can you be a bit darker?” she recalls to the magazine. “‘Be darker by Monday.” She claims to have tanned the entire weekend. “Colourism has just been the funniest,” Netwon says. “I’ve been too Black, not Black enough. I’m always Black. I’m just like, whadda you people want!”

Newton, who was 16 at the time, tells Vogue of the filmmaker, “I was traumatized. It was a kind of PTSD for sure. I was so distraught and appalled that a director had abused a young actress, and that it was happening elsewhere, minors getting abused…”

Now, Newton is no longer afraid to embrace herself, her heritage — and her name. “I’m taking back what’s mine,” she says.