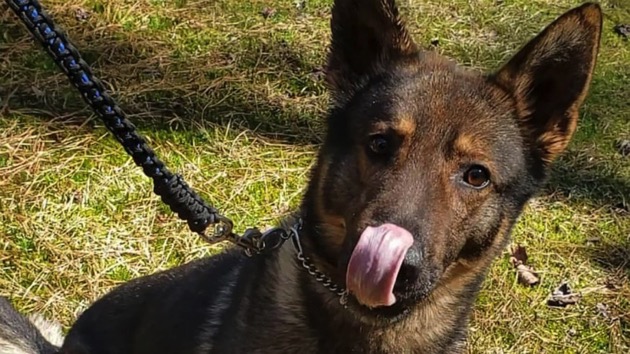 (SALISBURY, N.C.) — A police officer in Salisbury, North Carolina, has resigned after video surfaced showing him mistreating a K-9 during training.

Following a weekslong investigation, the Salisbury Police Department announced Wednesday that it concluded the officer depicted in the video, identified as James Hampton, “had acted in a manner entirely inconsistent with his K-9 training and had violated Police Department policy.”

“The Salisbury Police Department will continue to review and make the necessary changes to our K-9 training operations, policies and procedures that align with industry best practices,” the agency added.

Prior to the news of Hampton’s resignation, animal rights organization PETA sent a letter to the North Carolina Police Dog Association on Wednesday morning asking for the officer’s K-9 handler state certification to be immediately and permanently revoked.

“This individual’s violent and abusive behavior toward his loyal K-9 partner indicates a serious lack of judgment and decency — qualities that the public demands and K-9s deserve from their human partners in law enforcement,” PETA senior vice president Daphna Nachminovitch wrote in the letter.

The video at the center of the investigation shows Hampton placing a leash on the police dog, named Zuul, and hauling the K-9 off the ground by the neck. With Zuul suspended in the air, the officer swings the dog around his back and over his shoulder before walking toward a patrol vehicle. Someone outside the camera shot is heard saying, “We’re good, no witnesses.” Others can be heard discussing turning off their cameras.

Hampton is then seen slamming Zuul into the side of the car as he tries to lift the K-9 into the vehicle by the leash. The officer yells at Zuul and strikes the dog’s head.

The video, which is almost a minute long, was obtained by Charlotte ABC affiliate WSOC and other local news stations about a month ago, but the incident allegedly occurred in October. Police have not confirmed when the video was taken.

On March 2, when the footage surfaced, the Salisbury Police Department released a statement saying that the officer involved had been “administratively separated from the canine” amid an ongoing investigation and that Zuul “was not harmed and is healthy and being well-cared-for.”

“It is important to understand that a police canine is trained to use force against criminal suspects and a handler must ensure they have complete control over the dog at all times so that any use of the canine in the field is appropriate and lawful,” Stokes said. “When a canine is noncompliant with the handler’s commands, the handler is trained to correct the dog. Canine training tactics and corrective measures can sometimes be alarming out of context.”

Amid public outrage over the now-viral video, PETA held a protest outside the Salisbury Police Department on March 5, demanding answers along with a criminal investigation and appropriate charges. That same day, the Salisbury Police Department released another statement saying that Zuul was taken to a veterinarian on March 4 “for a checkup” and had “received a clean bill of health.”

“He is in good hands, happy and healthy, and taking some time off,” the agency added.

Veterinarian records later released by the Salisbury Police Department confirm that Zuul went to an animal hospital in Concord, about 20 miles southwest of Salisbury, on March 4 for a “semi-annual exam.” The document states that the 3-year-old Dutch Shepherd “had an incident that involved his neck in October of 2020” but “is doing well” and “is not having any clinical signs at this time.” The document further states that Zuul showed “no obvious musculoskeletal or neurological damage from his incident in October.”

“I do not see any reason that Zuul should not be trained for police work,” the examiner wrote in the document.