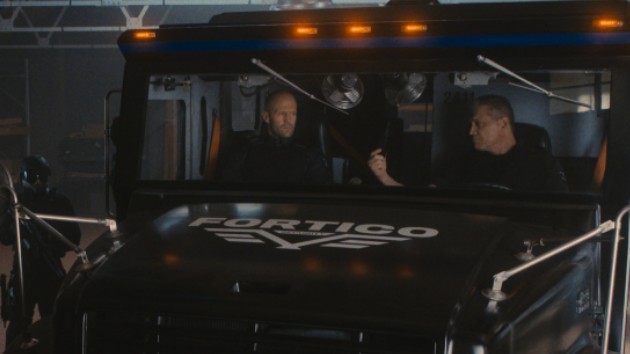 (LOS ANGELES) — In 1998, a then-unknown director named Guy Ritchie and an even less-known former Olympic diver named Jason Statham collaborated on the cult classic heist movie Lock Stock and Two Smoking Barrels. They followed that up with another heist hit, 2000’s Snatch, with Brad Pitt.

Fast-forward to 2021. Ritchie has directed hit action films like the Sherlock Holmes series with Robert Downey Jr., stylish, star-studded crime dramas like The Gentleman with Matthew McConaughey, and even family fare like Disney’s live-action hit, Aladdin.

Statham, meanwhile, became one of Hollywood’s most bankable movie tough guys: in the Transporter films, the hit Expendables series with Sylvester Stallone, the action comedy Spy with Melissa McCarthy, and recently alongside The Rock in the blockbuster Fast and the Furious spin-off Hobbs and Shaw.

It’s only fitting that their latest collaboration, Wrath of Man, would play to both Statham’s and Ritchie’s strengths. The brand-new trailer shows Statham as an an armored car guard who clearly has experienced more than the two-week training course. Between dispatching bad guys, he’s untwisting a conspiracy that could solve the murder of his son. In true Ritchie style, much of the tightly-edited heist action is set to Johnny Cash’s Folsom Prison Blues.