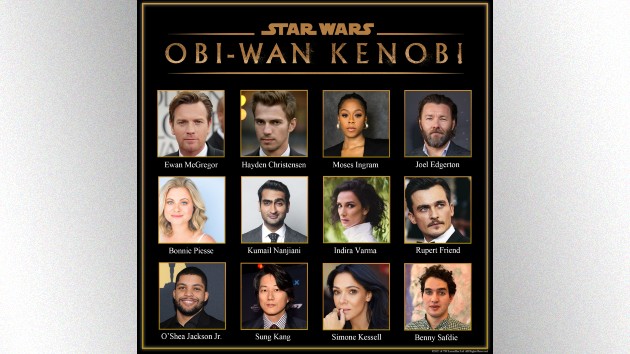 (NEW YORK) — Disney+ has announced that production on its highly anticipated Star Wars series Obi-Wan Kenobi will finally get underway in April.

The show, which will have Ewan McGregor reprising his role as the Jedi master, is set 10 years after the events of Star Wars: Episode III — Revenge of the Sith, in which his former pupil Anakin Skywalker turned to the Dark Side and became Darth Vader.

The announcement also confirmed the show’s cast, which includes Hayden Christensen reprising his role as Skywalker. Joel Edgerton and Bonnie Piesse, who also appeared in the Star Wars prequels, will again play Luke Skywalker’s Uncle Owen and Aunt Beru, in whose care Kenobi left a baby Luke in the close of Episode III. Kenobi promised Yoda he’d watch over Luke from afar on Tatooine at that film’s close; Luke, as a teenager, reunites with him as seen in Star Wars: Episode IV — A New Hope.