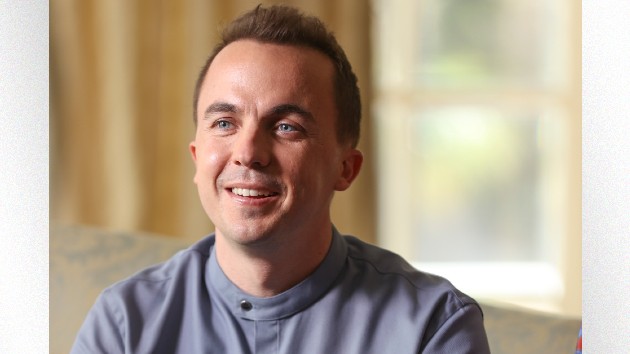 (LOS ANGELES) — It’s official, Frankie Muniz is a father!  The Malcolm in the Middle star announced Wednesday that he and wife Paige Price welcomed their first child — a little boy.

Taking to his Instagram stories to announce the good news, the 35-year-old actor shared an emotional video where he’s cradling his newborn son tight while gushing, “I’m a dad, guys!”

“I love my baby so much,” Muniz wrote. “And I love my wife more than ever!”

The couple announced they were expecting their first child in September, where they shared an adorable YouTube video celebrating their growing family.

At the time, the Big Fat Liar star professed, “In the past four and a half years, Paige and I have experienced so many incredible things together. We’ve traveled the world, got to live out all these once-in-a-lifetime opportunities. While we still believe it’s the little moments in between the big ones that make you feel happiest, nothing quite compares to the first time hearing your little one’s heartbeat.”

“The second I heard that heartbeat, reality set in. I was throwing out baby names and future career choices,” added Muniz.

It was also revealed by Price that she struggled to get pregnant, adding, “We knew that we wanted this, but we were told our chances weren’t that great… The struggle of going to every doctor’s appointment made me feel less and less like a woman.”

The two celebrated that they “had beaten the odds” and were eagerly awaiting the arrival of their little one.

Neither parent has revealed their newborn’s name — but it was previously revealed in one of Price’s Instagram updates that they had been referring to their son as “our chunky monkey.”