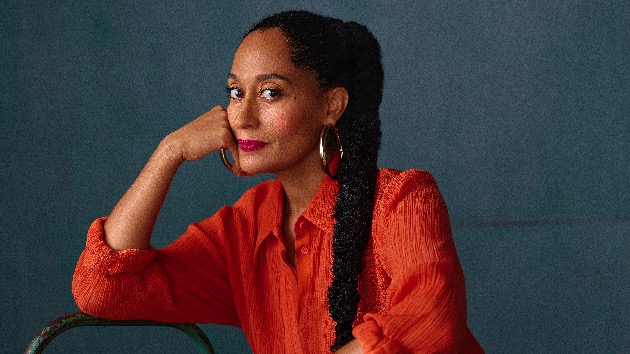 “It started out for me because I couldn’t find products and wasn’t seeing my natural beauty mirrored back to me in the world,” said Ross on The Tonight Show starring Jimmy Fallon Monday night. “And then when I got on Girlfriends, I realized that I was not the only one. There were so many people who were looking for products that actually met their hair where it was and how it grows out of our head.”

“So I tried, and tried, and tried for 10 years, and finally I decided to do it by myself,” she added about her line of shampoos, conditioners and other hair tools. “It’s been the most rewarding thing to be a CEO and founder.”

Ross starred as Joan on the Girlfriends sitcom, which aired from 2000 to 2008, with Golden Brooks as Maya, Persia White as Lynn and Jill Marie Jones as Joan’s best friend, Toni. The four ladies lived in Los Angeles, while dealing with family, relationships, and work struggles on the acclaimed series from Mara Brock Ali.

Ross, Brooks, White and Jones reunited for the 20th anniversary of Girlfriends: with a digital celebration over Zoom last September, followed by the series release on Netflix.