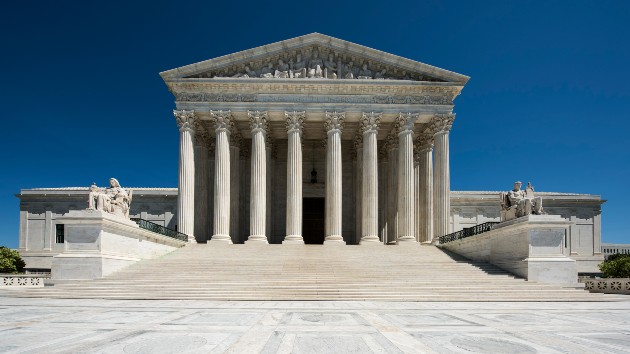 The U.S. Supreme Court on Monday will hear arguments in Cedar Point’s challenge to a 45-year-old California law that authorizes union organizers to access farm property for 120 days a year, three hours a day, during non-work periods to meet with workers.

Farm owners call the state mandate an unconstitutional taking of private property without compensation. State officials say the rule is essential to protecting the right to organize for a highly migratory, low-income workforce.

Legal scholars say a decision that strikes down the California union access law could have potentially major implications for health and safety inspections, home visits by social workers and anti-discrimination rules nationwide.

“I’m sure many restaurants would say the same thing about food inspectors and say, you know, we want to allow customers on our property, we just don’t want to allow food inspectors to check to see if there are rats running around the kitchen,” said Nikolas Bowie, a Harvard Law School professor and expert in labor law. “That ultimately is what’s at stake here.”

The Takings Clause of the Fifth Amendment to the U.S. Constitution says “private property [shall not] be taken for public use, without just compensation.” It’s typically applied to cases of eminent domain, when the government seeks to acquire physical property. But the farms want the justices to endorse a broader view — one that gives them more power to push back against state regulations.

“I think this could be one of the most important cases of the term by far,” Bowie said. “What the businesses are arguing here is they have a constitutional right to treat some people on their property different from others.”

The California union access law was passed in response to farm worker protests and boycotts in the 1960s and 70s over poor pay and working conditions. Civil rights leader and United Farm Workers founder Cesar Chavez argued the right to organize on farm property was essential.

“Many agricultural sites are remote. They’re in rural areas where access to the internet may be limited,” said Victoria Hassid, chair of the California Agricultural Labor Relations Board. “There is no central place for these workers. The work site can be changing, even from morning into the afternoon, let alone from day to day or from week to week. So, when [union organizers] come onto the work site, that makes them actually believe that these rights actually apply to them, that they can actually use them, and they feel empowered to use them.”

Cedar Point Nursery and Fowler Packaging Company, a table grape and citrus producer also party to the case, argue that the law is “archaic” and should be struck down. The businesses sued California in 2016 alleging that being forced to grant access to union organizers amounts to a violation of their property rights.

“The purpose here isn’t to hand out leaflets and inform rights,” said Joshua Thompson, an attorney with the nonprofit Pacific Legal Foundation which is representing Cedar Point in the case. “The aim of the access regulation isn’t to set up a table and inform, it’s to intimidate. And that’s exactly what they tried to do.”

In October 2015, a group of United Farm Worker activists marched onto Cedar Point property to organize, invoking the state’s union access law. Owner Mike Fahner, who’s been in the business for 23 years and never encountered the union, said he was blindsided.

“We had people, strangers, start marching through our facilities, waving flags,” Fahner said. “They’re chanting on bullhorns, and all work stops. It just literally stopped. We’re going like, What is this? The definition of an ambush, honestly.”

“For them to enjoy this job, we have to provide them with a good, clean work environment, safe, warm housing and good pay,” Fahner said of his seasonal workforce of 450 migrant workers. “They’re happy.”

Union leaders say the episode was hardly an ambush.

“When we hear words like ‘invasion,’ ‘attack’ — those really have racist undertones for people that do not look like the owners coming onto their property,” said Mario Martinez, general counsel of the United Farm Workers. “Trespass does not include the lawful activity of union organizers … entering onto property for the purpose of speaking with workers under the Agricultural Labor Relations Act.”

Despite more than half a million farm workers in California, only around 10,000 are UFW members today. The group relies on access to farms to recruit and to educate workers.

While working conditions and wages have improved over the years, California argues there’s still much that needs to be monitored at farms across the industry.

Fahner said he provides some of the best benefits and compensation in the industry, including a $17.50 hourly wage in 2015 and seasonal accommodations at a nearby hotel.

“With the phone and a video recorder in every person’s pocket, if working conditions are subpar, that is exposed immediately. And from that phone will go to every platform imaginable, Facebook, Twitter,” Fahner said.

Labor advocates worry the Court’s conservative majority could deal a blow to union organizing at a time when membership in unions nationwide is near an all-time low and corporate business interests are pushing to box them out.

“It could be a real blow to accountability in a lot of other sectors that do not involve just labor law,” Martinez said. “There are just not enough laws protecting farm workers’ right to organize.”

For his part, Fahner denied that he’s out to attack organized labor.

“I don’t have a strong opinion on the unions,” he said. “To communicate with someone effectively, they have the means. They don’t need access to our property for that purpose, and we got to change this law. Period.”

The Supreme Court is expected to hand down a decision in the case by the end of June.